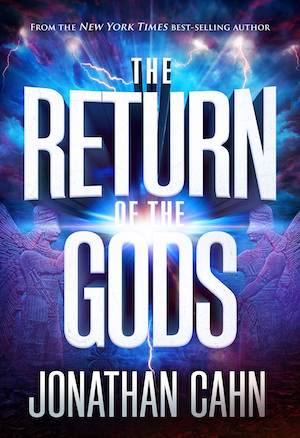 Most Christians are familiar with the apostle Paul's description of "principalities and powers," the "spiritual forces of darkness" that are the true enemies of mankind.

But few preachers and expositors of the Bible dig deeper into what can only be described as a mysterious realm that is so "other," it seems best to leave it alone and deal with more "practical" aspects of daily living.

But as believer and secularist alike describe current events as "irrational," "insane" and of "biblical proportions," Jonathan Cahn argues that nothing could be more practical than to examine what the Bible and ancient texts say about these spiritual powers.

In an hour-long video interview with WND (embedded below), Cahn – known for his New York Times bestselling book "The Harbinger," discusses his latest, "The Return of the Gods."

He contends that behind the mythologies of ancient pagan cultures are real, active spiritual beings, the "principalities and powers." With the advent of Christianity 2,000 years ago, he submits, cultures formed that exchanged the libertine pagan views of male and female, sexuality and community for faithful marriages, families and civil societies centered on acknowledgement and worship of the Creator.

And in light of an increasingly pagan Western civilization, he argues that while evil clearly has persisted over the past two millennia, the "return" of these powers – their reestablishment of predominance and dominion – is the best explanation for current events that seem irrational to nearly everyone, regardless of belief.

Get your own copy of "The Return of the Gods" by Jonathan Cahn!

"They say that secularization is going to be rational and neutral," Cahn observed at the conclusion of the WND interview.

"It's just exposing itself now."