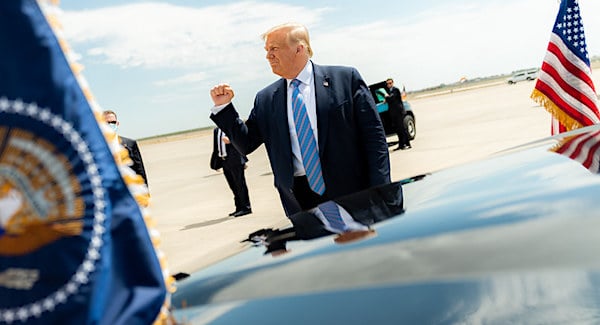 MSNBC host Joy Reid and multiple guests melted down Monday after a judge granted former President Donald Trump’s request for a special master to review seized documents in the wake of the Aug. 8 raid on Mar-a-Lago.

“We know that in 2021 that there was a rash of deaths of American spies, they were being caught, they were being killed. This is a very real and exigent circumstance, and the CIA has admitted to that,” Reid, who guest-hosted “Deadline: White House,” said. “Now, we are not saying that we know that there is some connection between the purloin documents and those events, but they did happen at a time when Trump did have custody of some really sensitive information that he shouldn’t have had. You know, you think about that.”

The FBI raided the Florida estate owned by Trump as part of an investigation into allegations involving classified documents removed from the White House when Trump left office in January 2021. A judge ruled Monday that a “special master,” or third-party attorney, could be appointed to review the seized documents and determine which fall under legal privilege.

“Both our intelligence community and our law enforcement community must be beside themselves right now because Donald Trump absolutely has information and evidence about how those documents that he stole and unlawfully concealed at Mar-a-Lago might have compromised national security,” Kirschner said.

“He has this information in his head, at least some of it. And from outward appearances, Joy, our federal government has done nothing to extract it from him,” Kirschner said.

Kirschner demanded that the former president be compelled to testify about supposed damage to national security.

“This executive branch, this Department of Justice has not — at least as far as we know — demanded Donald Trump sit down for an interview and debrief to provide the information he has up here about what he did with those documents that could help protect our nation. This Department of Justice hasn’t subpoenaed and compelled him to appear before the grand jury to divulge what he knows about how he compromised our national security,” Kirschner said.

“They could be arresting Donald Trump because they have probable cause plus, plus, plus, plus. Arrest him, mirandize him — notwithstanding the Supreme Court’s recent opinion — Miranda is still a thing, and then interrogate him if he waives his Miranda rights, and extract from him information that can protect our national security. As best we can tell, the Department of Justice is doing none of that,” he said.

Elie Mystal, the justice correspondent for The Nation, attacked the judge who granted the order during an appearance on “The ReidOut.”

The Department of Justice did not immediately respond to a request for comment from the Daily Caller News Foundation.