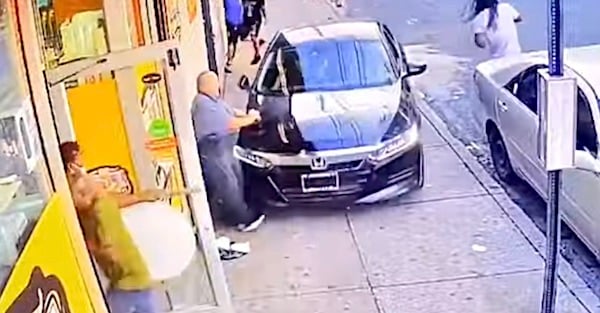 Citizens for Sanity, a conservative organization, is targeting the effects of “far-left policies” on rising crime rates in a new six-figure nationwide ad campaign.

The ad from Citizens for Sanity, first obtained by the Daily Caller News Foundation, is set to circulate on Facebook and YouTube after Labor Day and is targeted toward Latino voters. It criticizes “woke progressive prosecutors” releasing “dangerous predators before trial” and features footage of criminal violence.

“Woke, far-left soft-on-crime policies and politicians have unleashed a wave of rape, assault and murder in America,” Citizens for Sanity strategic consultant Ian Prior told the Daily Caller News Foundation. “Citizens for Sanity is determined to educate Americans about the hyper-violent and hyper-deadly consequences of the woke progressive agenda dominating our country and its leaders.”

Violent crime offenses per 100,000 people rose more than 4.5% between 2019 and 2020, according to FBI statistics. The national murder rate has hit a 25-year high due to “far-left policies that leave innocent Americans at the mercy of violent criminals,” the ad argues.

Is this commercial accurate in blaming woke Democrats and their policies for the surge in violent crime?
99% (466 Votes)
1% (7 Votes)

“You’ve seen the images,” the ad says. “Hardened criminals rampaging without fear… No fear of any consequence at all. Instead, you are made to live in fear.”

The ad urges voters to “stop the woke war on police. Stop the far-left assault on public safety. Stop the radical left-wing love affair with criminals.”

Tucker Carlson highlighted the billboards on his Fox News show.

Thank you, Tucker! Please visit our website to support our message: https://t.co/TxnEbGGqG1 pic.twitter.com/gUiiK0aYPV