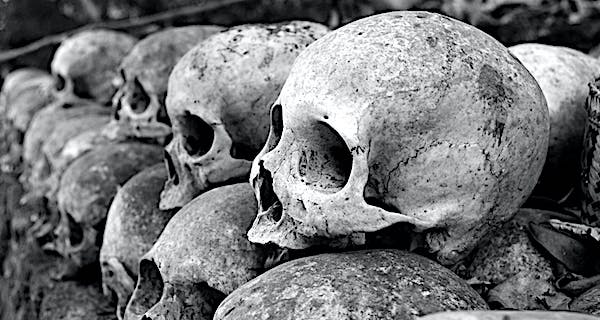 (LIVE SCIENCE) -- The remains of dozens of child sacrifice victims have been unearthed in Peru, and many more are likely waiting to be found, archaeologists say.

The skeletons show evidence that the children's hearts were removed, said Gabriel Prieto, an assistant professor of anthropology at the University of Florida who directs the excavations at Pampa La Cruz, the site near Huanchaco where the remains were found.

All 76 skeletons had a "transversal clean cut across the sternum," Prieto said, which suggests that "they possibly opened up the rib cage and then they possibly extracted the heart."