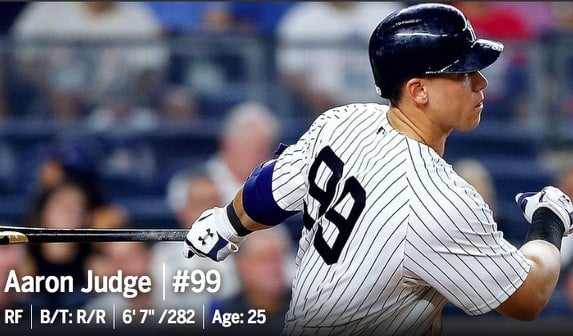 (LIFE NEWS) – New York Yankees star player Aaron Judge credits his success to the lessons that his adopted parents taught him growing up. On Tuesday, the 30-year-old athlete, who was adopted as a newborn, broke a six-decades-old record when he hit his 62nd home run in a game against the Texas Rangers in Arlington, Texas, NJ Advance Media reports. Judge is the right fielder for the Yankees, and has received numerous awards, including Rookie of the Year, Silver Slugger and MLB All-Star.

After the game, Judge told reporters that his family was at the front of his mind as he ran around the bases.

“I was thinking of my wife, my family, my teammates, the fans,” he said. “All that was running through my head, just the constant support I’ve had through this whole process.”