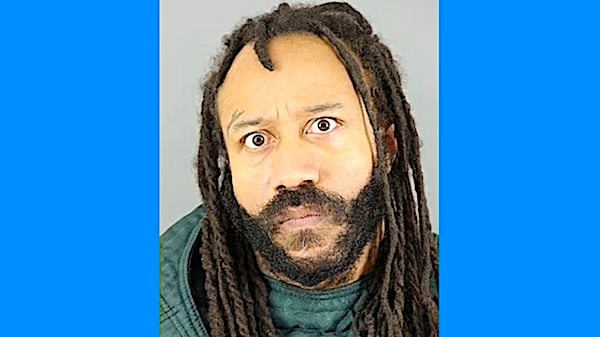 Unusual things happen at murder trials, given the horrific violence such cases involve.

There have been unplanned confessions, "gotcha revelations," outright denials and more.

But at the trial of Darrell Brooks Jr., who is charged with dozens of counts for driving a car into a Christmas parade in Wisconsin, there was a new one.

The defendant, who is representing himself in court, denied he was himself.

Literally, when a witness identified him as the driver of the car that day, he said, "Uh, let the record reflect that I do not identify by that name nor do I know anybody by that name."

The exchange was at about the 35 minute mark:

The Gateway Pundit explained what developed as Brooks, or the man who doesn't identify as Brooks, was questioning Det. Thomas Casey about that situation.

Witnesses have confirmed a vehicle barreled through the parade, picking up speed, and leaving behind six dead, including a child, 18 children injured, and 62 individuals in total injured.

The report explained, "Brooks has rescinded his insanity plea, been disruptive through the duration of the trial thus far, been removed from the courtroom on several occasions and has even tried to delay the trial, claiming he has COVID-19."

Brooks Jr., addressing Det. Casey: "I want to direct you to, uh, the evening of November 21, 2021, um, you stated that you were on duty that afternoon, correct?"

Brooks Jr.: "Uh, do you recall any, uh, disturbances that afternoon?"

Det. Casey: "Do you mean when you drove through the parade route?"

Judge to Brooks Jr.: "Your question was a little broad, why don't you try to narrow down the timeframe so he can answer that more specifically."

Brooks Jr.: "Um, do you remember what you can recall?"

Det. Casey: "Do I remember if I can recall?"

Brooks Jr.: "Do you remember the disturbance you recall?"

Brooks Jr.: "Uh, would you state what that is, what that was rather?"

Det. Casey: "Darrell Brooks the defendant seated at the table."

Brooks Jr.: "Uh, let the record reflect that I do not identify by that name nor do I know anybody by that name."

The judge "noted" the objection.