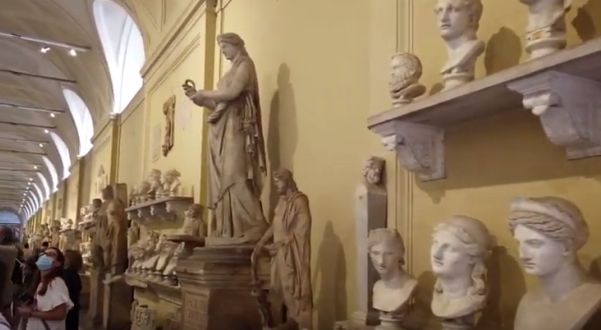 (FOX NEWS) – An American tourist on Wednesday threw a tantrum and cracked two Roman busts in the Vatican Museums after officials denied him an audience with Pope Francis.

The unidentified tourist, said to be in his fifties, was in the Chiaramonti Gallery when he requested to visit the pope. When told he could not visit the pope, the tourist grabbed an antique marble bust and threw it on the ground, damaging it.

He then damaged another bust as he ran from museum workers, who tried to apprehend him. The Gendarmerie, who serve as police and security in Vatican City, took the man into custody, Italian outlet Il Messaggero reported.