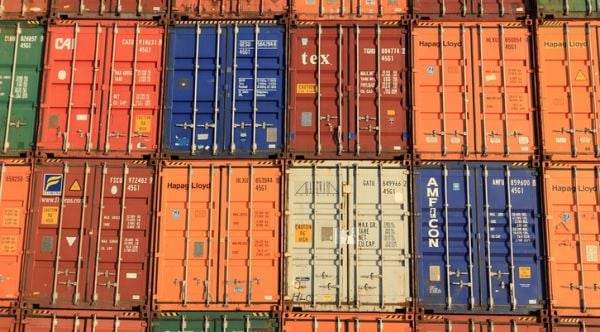 When Joe Biden took up residency in the White House, he canceled President Trump's border security plans. Or at least he tried to.

One definite order from the Democrat was that there would be no more border fence construction projects, which left border states where fences were incomplete in the lurch.

So Arizona decided to take up the project itself, and has lined up disused shipping containers, topped with barbed wire, as border barriers.

And its officials say they're not likely to take them away just because the Biden administration doesn't like them.

It's a report from Fox News that said Arizona officials are rejecting Biden administration instructions to remove barricades made up of containers.

Allen Clark, director of the state's Department of Emergency and military Affairs, said there are a lot of federal agencies that demand the right to give instructions about the border.

But, he said, they "do nothing to prevent the public nuisance caused by illegal immigration and criminal activity that exploits the open border."

He responded to Biden's Department of Interior’s Bureau of Reclamation after the federal bureaucracy told the state that filling in gaps in the border fence with double-stacked shipping containers welded shut and together wasn't allowed.

Gov. Doug Ducey, in ordering the fence gaps closed, had said the federal government had had time to secure the border and solve some of the problem of illegal immigration.

The federal government had claimed that state security measures had been placed near Morelos Dam and on a reservation for the Cocopah Indian Tribe and that interfered with Customs and Border Protection efforts to secure the border.

The letter claimed it was a case of trespassing, and the bureaucrats suggested they wanted the gaps filled with "mesh fencing" and vehicle gates.

But Fox reported, "In its searing response to the Bureau of Reclamation’s letter, Arizona hit out at what it said was a 'lack of coordination' from federal agencies that means that states like Arizona 'cannot rely on the federal government to ensure its security.'"

Clark pointed out that there's no trespassing, as the U.S. Constitution "provides for the protection of the states (Article IV, section 4) and specifically reserves the right of states to defend themselves (Article 1, section 10)."

Under Biden's policies, literally millions of illegal aliens have arrived in the United States to flood and stress local, state and federal programs intended to provide assistance to them.

Arizona, Florida and Texas all have been loading migrants on buses, or planes, to deliver them to Chicago, New York and Washington, to spread the load of responsibility for their well-being beyond the immediate border areas.