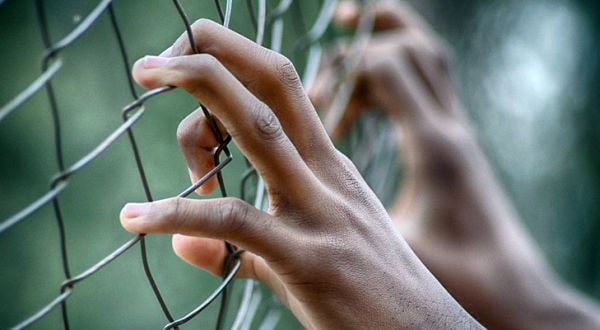 Joe Biden has delivered a plane loaded with unaccompanied migrant children to a small town in New York, shocking local authorities who say they were not given any notification.

And upsetting local residents who could have faced the responsibility of helping should any accident have happened.

Fox News reported the immigrants were delivered to Montgomery Village, where Police Chief Paul Arteta and Mayor Steve Brescia revealed how upset the community was left.

They joined "Fox & Friends First" and explained the arrival, some 75 miles from New York City, of the flights from Texas carrying minors from 13-18 years old.

"I've never seen anything like this before," Brescia explained.

Arteta said the children apparently were distributed around the region.

"They thought that the village or town knew about it and we knew nothing. And there wasn't much we could do about it, unfortunately. But just a little forewarning or little information would have helped us considerably," he said.

He said his community members has concerns over the safety of the kids, and had no answers to questions from residents.

One major worry was what would the community had had to do had there been a catastrophe involving the group.

He said that he eventually discovered the flight was "sanctioned" by the Office of Refugee Resettlement inside the Department of Health and Human Services.

Brescia said, "We're being dumped on and we're not going to put up with it. We hope there's no more flights coming into the airport because we can't handle it. There's not enough security there. There's not enough resources in our community. The taxpayers cannot absorb what they did to us."

The problems stemming from Biden's open border policy have been legion. Tent cities for the migrants have been built in several cities, where officials often have declared an emergency.

Biden's administration has been delivering planes loaded with migrants to random cities for months.

There have been confirmed reports that those touchdowns were happening in the middle of the night, to avoid having the deliveries observed.

The flights are a result of Biden's full-blown crisis at the southern border developed following his abandonment of many of the border security measures installed by President Trump.

However, when GOP leaders responsible for the American states being invaded by millions noticed what the administration was doing, they joined.

He immediately was attacked by Democrats for his "stunt," and responded by calling them out for their hypocrisy.

"It's really frustrating. You have been covering this,” DeSantis told Fox News host Sean Hannity. “Millions of people since Biden has been president illegally coming across the southern border. Did they freak out about that? No. You had migrants die in the Rio Grande, you had 50 die in Texas in a trailer because they were neglected. Was there a freak out? No, there wasn’t.

“You’ve had criminal aliens get across the southern border and victimized Americans, killing some, raping some. Was there any type of outrage? No. And then, of course, we know fentanyl deaths are at an all-time high? Where is that fentanyl coming over? It’s coming over the open southern border."

In fact, liberals denounced DeSantis for sending the flights of migrants to the New England resort town, with some demanding a Justice Department investigation over allegations the migrants had been misled.

However, The Daily Caller News Foundation obtained documents showing that the migrants were advised of their destination.

The busloads of migrants also have been coming from Texas Gov. Greg Abbott to Democrat cities, including Chicago.

"Mayor Lightfoot loves to tout the responsibility of her city to welcome all regardless of legal status, and I look forward to seeing this responsibility in action as these migrants receive resources from a sanctuary city with the capacity to serve them,” Abbott said in a statement while sending migrants to Chicago.

He's also sent them to Washington, D.C., and other cities.