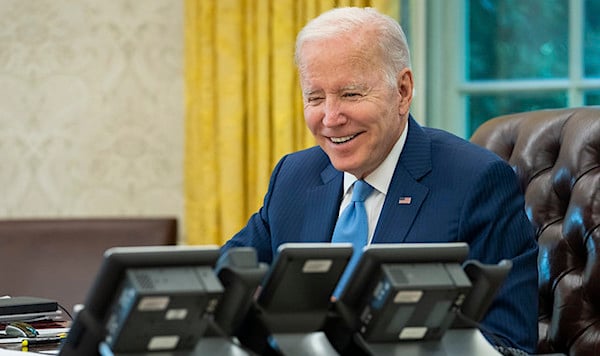 Social media may have revealed part of the reason Joe Biden has worked to spend trillions of American taxpayer dollars, giving it away in fistsful to students who borrowed the money, Ukraine, abortion industry elements and more.

So he might not realize that a billion here and a billion there actually adds up to real money.

Biden: "Let me start off with two words: Made in America" pic.twitter.com/jAeMOXUAn3

At a stop in Hagerstown, Maryland, he said, "Let me start off with two words – Made in America!"

And he repeated it.

Commentator Joe Concha reported, "Biden (again) argues the passing of the Inflation Reduction Act will allow struggling families to make ends meeting while allowing for some 'breathing room.' Dow is down more than 500 points. Oil prices skyrocketing against today."

Twitchy commented, "So it sounds like when he's counting things, he should automatically add one more than he thinks there are and then he'll be right."

Actually, his flubs and gaffes, including those as insulting as telling a supporter to stand up and let the crowd see him, even though he was confined to a wheelchair, and asking for a member of Congress who died a month earlier in a car crash, have become so common that his critics on social media have started posting them in vidoes labeled "Part 1," "Part 2" and "Part 3."