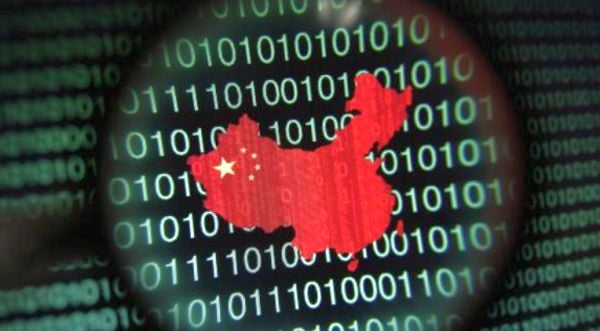 On Monday, the New York Times published a story mocking the group True the Vote as "election deniers" for claiming a Michigan-based software company called Konnech was storing personal information about poll workers on servers in China, posing a serious security risk.

On Tuesday, the CEO of Konnech, Eugene Yu, was arrested, the Los Angeles Times reported, on allegations he was "storing critical information that the workers provided on servers in China."

Los Angeles County District Attorney George Gascón, who is expected to extradite Yu to Los Angeles, said prosecutors learned of the data breach this year through a "separate investigation" undertaken by his office.

Konnech denied the charges, stating the company is "continuing to ascertain the details of what we believe to be Mr. Yu’s wrongful detention by LA County authorities."

"Any LA County poll worker data that Konnech may have possessed was provided to it by LA County, and therefore could not have been 'stolen' as suggested," Konnech said in its statement.

The New York Times article by Stuart A. Thompson published the day before the arrest said True the Vote had made Konnech the center of a "conspiracy theory."

The "election deniers," Thompson wrote, had "threadbare evidence" that Konnech "had secret ties to the Chinese Communist Party and had given the Chinese government back door access to personal data about two million poll workers in the United States."

I have never seen anything age this poorly, this quickly. By NYT's @stuartathompson

True the Vote
At an event in the Phoenix area in August, True the Vote leaders Catherine Engelbrecht and Gregg Phillips said their team had discovered the Konnech security breach and notified the FBI.

In a statement on Yu's arrest, True the Vote said it was "honored to have played a small role in what must have been a wide ranging and complex investigation."

"The organization is profoundly grateful to the Los Angeles District Attorney’s office for their thorough work and rapid action in this matter," True the Vote said.

The non-profit – whose investigation of ballot trafficking was featured in the film "2000 Mules" – was sued last month by Konnech.

True the Vote said the lawsuit was an effort to try to silence the organization. Konnech obtained an ex-parte temporary restraining order in secret, True the Vote said, so the election integrity group would have no opportunity to contest it.

"Today, Konnech CEO Eugene Yu was arrested based on alleged evidence of the very activities he and his organization attempted to suppress," True the Vote said.

Alluding to the New York Times story Monday, among others, True the Vote said Konnech "was assisted by many reporters who unblinkingly accepted their now discredited claims as fact, and simply repeated them."