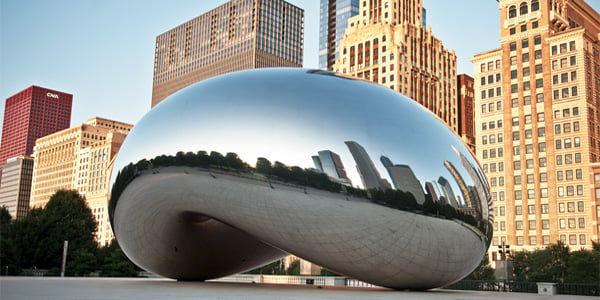 Democrats’ American Rescue Plan, sold as helping the nation recover from the economic crisis sparked by COVID-19, has helped establish “guaranteed basic income” programs in at least two dozen cities across the country.

More than $222 million from the legislation has gone to some of America’s largest cities—including Los Angeles; Washington, D.C.; Seattle, New Orleans, and Chicago—for pilot programs that would dole out money to low-income residents, in most cases for one or two years.

It may be a small portion of the $1.9 trillion American Rescue Plan spending package pushed through by President Joe Biden and congressional Democrats. But most of the affected local communities either explicitly allow distribution of money to illegal immigrants or are silent about whether a recipient has to prove his legal status.

The government of Cook County, Illinois, last year opened the program for enrollment; payments began in winter 2022. Illegal immigrants in the county qualify.

“Yes, the pilot is open to all Cook County households regardless of immigration status,” a page covering frequently asked questions says. “You will not be asked to verify your citizenship or immigration status in the application.”

Of the $1 billion Cook County got from the American Rescue Plan, $42 million is going to the pilot program for guaranteed basic income, PBS affiliate WTTW and the Chicago Tribune reported.

Payments of $500 per month will go to 3,250 Cook County residents chosen from those at or below 250% of the federal poverty line. Recipients will be selected through a lottery for applicants.

In order to recover fully from the economic impacts of COVID-19, we must develop solutions that equitably and inclusively address the challenges facing our residents. Through this cash assistance program, we are able to serve those who have borne the brunt of COVID-19. Direct cash payments have the potential to be truly transformative for communities that need it most, which is why I remain so proud to be able to provide this vital programming for residents.

The Chicago City Council decided that applicants would be randomly selected from a pool of residents earning less than $35,000 a year as of October 2021.

“These are unconditional, regular, and direct cash payments to individual participants that supplement existing welfare programs,” the program’s website says. “This means there are no restrictions on how the money can be spent and no requirements for the participants.”

Payments began in January. The program is tied to the COVID-19 pandemic through its criteria, which include being 18 or older; being pregnant or a parent to a child under 18 (or 24 for a student); having an income below the poverty line; and undergoing hardship because of the pandemic, according to Southern California Grantmakers.

We’re going to achieve greater racial equity. We’re going to see better health outcomes, better educational outcomes, and show that targeted investments and trusting people who live in poverty to find their own routes is a much cheaper way in the long term than keeping a nation full of poor people.

California’s capital city, Sacramento, has a $2.75 million program to provide basic income that it plans to launch by late this year, according to a City Council report in March.

Although Sacramento’s races for mayor and city council are officially nonpartisan, Mayor Darrell Steinberg served in the state Senate as a Democrat.

Low-income residents are defined as those earning $74,200 or less or a family of four with an income of $106,000 or less. The program is set to launch next summer, according to a city press release.

Elections for mayor and council in Alameda are nonpartisan.

The positions of mayor and city council members in Long Beach officially are nonpartisan.

Cambridge, Massachusetts, used $22 million from Biden and the Democrats’ American Rescue Plan to set up a $500-a-month cash assistance program for more than 2,000 residents living below 200% of the federal poverty line, according to Boston.com.

“Cambridge RISE aims to address the growing economic divide and racial inequities in Cambridge, while also maintaining its diverse population and continuing to be a place families thrive,” the website for the program says.

Mayor Sumbul Siddiqui is a Democrat.

In Rochester, New York, a $2.2 million pilot program provides $500 monthly payments to 175 families who are at 185% of the poverty level or below, Spectrum News 1 reported.

In August, D.C. Mayor Muriel Bowser, a Democrat, announced a program she branded as a “back-to-school” payment: a one-time $1,000 check available to families enrolled in the Temporary Assistance for Needy Families program.

“We know that we’re going to spend several years making up for the disconnect of kids from school because of COVID, and everything that we can do to support kids, schools, and families is just going to help a little bit more,” Bowser said during an August press conference.

The payments to D.C. residents are funded by $15 million from the American Rescue Plan, with no restrictions on how the money is spent, The Hill reported.

“Quite frankly, they may need a family night out. And that’s OK,” Bowser said.

Alexandria, Virginia, just outside the nation’s capital, established the $3 million ARISE program, which pays $500 monthly to 150 households for two years, according to the city’s website. Anyone at or below 50% of the city’s median income is eligible.

“The pilot, known as ARISE—Alexandria’s Recurring Income for Success and Equity—is one way that the city of Alexandria is addressing the longstanding national and institutional problem of the racial income gap,” the website says.

Alexandria Mayor Justin Wilson is a Democrat, as are all members of the Alexandria City Council.

Baltimore’s $4.8 million, two-year program sends $1,000 monthly payments to 200 parents between 18 and 24, according to the city’s Office of Children and Family Success.

To be eligible, recipients must be at or below 300% of the federal poverty line.

Mayor Brandon Scott is a Democrat and Democrats control the Baltimore City Council.

“Baltimore is the birthplace of redlining and residential segregation,” the mayor’s website says, adding:

That legacy shows up in stark inequalities and continues to shape life in the city of Baltimore today. These inequalities have only been exacerbated by the COVID-19 pandemic and have disproportionately impacted low-income families. Baltimore Young Families Success Fund (BYFSF) will address income inequality and will combat the economic fallout from COVID-19 by providing payments to eligible parents who have been hit hardest by the crisis with schools and day care closing, experiences of unemployment, and housing or food insecurity.

The Seattle City Council announced in May 2021 that the city would use $25 million to make direct cash payments to individuals.

Seattle Mayor Bruce Harrell, who took office in January, is a Democrat, as was predecessor Jenny Durkan. The council approved a proposal referring to the city’s mayor that says:

In April, the Phoenix City Council with the backing of Mayor Kate Gallego, a Democrat, established a one-year, $12 million program to send $1,000 monthly payments to 1,000 families picked through a lottery.

Eligible households make a maximum of 80% of the area’s median income for households with children. Recipients were issued debit cards to be used for anything except alcohol, tobacco, and lottery tickets.

Denver also has a $2million program funded by the American Rescue Plan, providing $1,000 monthly payments for one year to 140 families. Mayor Michael Hancock, a Democrat, backed the program.

Applicants must be homeless without a severe and unaddressed mental health or substance abuse problem, according to the Denver Basic Income Project website.

Minnesota’s Twin Cities both have a version of guaranteed basic income.

St. Paul, under Democrat Mayor Melvin Carter, set up a $4 million, two-year program under which at least 333 low-income households will get $500 monthly payments. The city also would contribute $1,000 to the same households for their CollegeBound savings accounts.

Minneapolis, under Democrat Mayor Jacob Frey, has a $3 million program sending $500 monthly payments to 200 families. Residents must live in certain ZIP codes with an income at or below 50% of the federal poverty line, according to the city’s website. The program runs from spring 2022 through spring 2024.

Ken McIntyre contributed to this report.