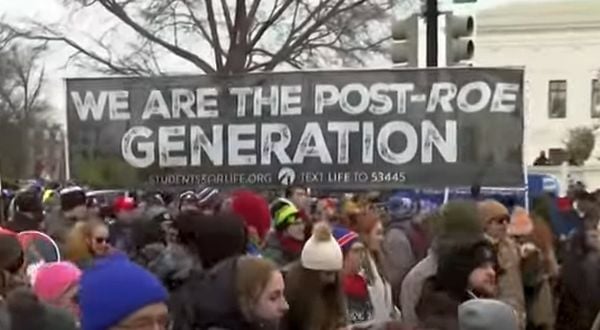 A lawsuit has been filed against the city of Baltimore for its demand that a man pay high sign permit fees for the portable A-frame signs he uses to publicize his pro-life beliefs.

The case has been brought by the Thomas More Society on behalf of John Roswell in U.S. District Court in Maryland.

He has been advocating for life on the public right of way near abortion business Planned Parenthood for several years. He engages women in conversations and shares information and resources.

His campaign is the result of "his deeply held religious convictions that human lives are being terminated inside the Planned Parenthood facility," the organization reported.

He has an A-frame sign by his side to help him communicate. One states, "Unborn Babies are Human and Feel Pain."

But Baltimore fined him for having the signs without a permit.

"John Roswell is a good citizen, so he set about gathering information about the permit process,” explained attorney Cameron Guenzel, Thomas More Society special counsel. “He learned that the signs require two permits, even though they are temporary and not affixed. Those permits can only be obtained via a costly and burdensome process, and can be granted, denied, or revoked at the unfettered discretion of the City of Baltimore and its employees."

Guenzel explained the real issue is that the city's permit process demands the "consent" of the nearby landowner, which in this case is the abortion-providing Planned Parenthood.

The lawsuit challenges the city's ban on his signs, and the procedure that it requires him to go through to obtain them.

"With its restrictive permit process, where the requirement of a permit is not warranted,” added Guenzel, “the City of Baltimore is violating John Roswell’s guaranteed rights to free speech and exercise of religion."