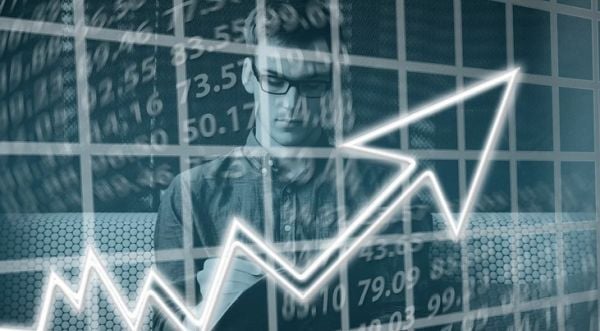 Inflation during September was 8.2%, or up 0.4% from just the month before, much worse that what economists had predicted, according to the Bureau of Labor Statistics.

It was just the latest confirmation of economic turmoil for Americans under the policies and practices of Joe Biden.

The Consumer Price Index reported that prices were 8.2% higher than a year before, and up 0.4% from just the month earlier. Economists had predicted a fall to 8.1%, which was undone by the month-to-month surge, which was four times the 0.1% month-to-month increase reported in August.

The Washington Examiner reported that "inflation is still higher than anticipated and defying the Federal Reserve's aggressive interest rate hikes."

Besides the exploding costs for Americans – analysts confirm their lifestyles, without making any changes, are costing them thousands of dollars more this year than last – those Fed interest rate hikes also are costing anyone with a credit card or other debt more every month.

The report also noted, "The soaring inflation has eaten into President Joe Biden’s approval ratings as he and Democrats approach the election."

Biden, in fact, is draining the nation's Strategic Petroleum Reserve, intended for emergency use, to try to lower gasoline prices, which have surpassed $6 a gallon in some locations. That reserve now is down to its lowest level in decades.

The Democrat majority in Congress also has exploded spending in recent months.

"Because of the priority that voters place on inflation and the economy, Thursday's report is likely to hinder Democrats efforts to hold on the House and the Senate. Odds are tilted in favor of Democrats for retaining the Senate and Republicans in the House, although it is yet to be seen how the new inflation numbers play into the political calculus," The Examiner said.

The statistics indicate that the nation already is in recession under Biden's administration, with negative "growth" in each of the first two quarters.

USA Today noted Biden's inflation reached a peak of 9.1% in June and has ticked down slightly month by month since then, but still remains a significant problem.

"But while overall inflation is softening, a key measure of underlying price gains hit a new historic high. Core prices, which exclude volatile food and energy items and generally provide a better measure of longer-term trends, increased 0.6% from August following a similar rise the previous month. That pushed the annual increase from 6.3% to 6.6%, a new 40-year high," the report said.

In fact, grocery prices are up 13% over the year, the report said.

WND reported only a day earlier that inflation measured by the wholesale level was 8.5%, still white-hot, and higher than predicted.

It was the producer price index grew by 0.4% month-to-month, double forecast expectations. Under President Trump, the inflation rate hovered in the 2% range.