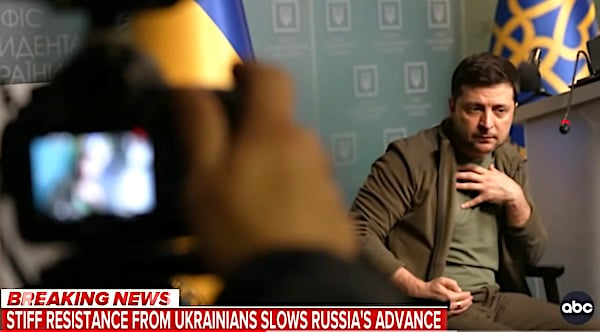 (DAILY CALLER) – Ukrainian president Volodymyr Zelensky fired back at Elon Musk over Twitter on Monday after the Tesla CEO shared a poll suggesting a redo of elections in annexed regions.

Musk’s proposed peace plan asked followers to vote on whether a “redo” of elections under UN supervision should take place in eastern Ukrainian territories recently annexed to Russia. “Russia leaves if that is the will of the people,” the billionaire suggested. The rumored soon-to-be Twitter owner further suggested Ukraine become a neutral country and guarantee Crimea’s water supply. “This is highly likely to be the outcome in the end – just a question of how many die before then,” Musk added. His poll garnered more than 2.5 million votes.

The Tesla CEO also referred to Crimea as “Krushchev’s Mistake,” referencing the Soviet leader’s transfer of the long-held Russian territory to Ukraine in 1954 when both were part of the USSR. Russia used Crimea’s historical status to justify its invasion and illegal annexation of the peninsula in 2014.