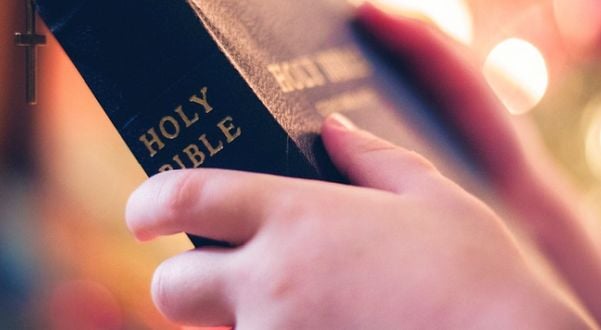 A pro-life sidewalk advocate who spends hours praying before a Minnesota Planned Parenthood was recently questioned by two FBI agents, further contributing to fears that the Biden Department of Justice is targeting pro-life organizations.

“He spends hours praying outside of Planned Parenthood, on his knees. Hours,” Gibson said, noting that the sidewalk advocate “was kneeling in prayer, about 30 feet away from the driveway. Then two female FBI agents pulled into Planned Parenthood, and then walked straight up to the man that was praying, and started questioning him.”

The incident that brought the FBI agents to question the man, known only as Henry, took place several months ago. At that time, it is alleged that a Planned Parenthood client attacked pro-life advocates with a box cutter, attempting to tear and slash at their signs while verbally threatening them. The client eventually fell down, but called police. Henry was charged with assault, but all charges were dismissed.

Gibson emphasized that Henry’s only goal while at Planned Parenthood is peaceful, prayerful protest. “What he does when he goes out there to pray…” he said. “He kneels down, and he does not move. He does this for hours, praying, and doesn’t move.”

After the FBI agents arrived and questioned Henry, they left without arresting him — but there is no telling what to expect to come in the future, as this was an unusual occurrence. “The FBI doesn’t just show up on a sidewalk,” Gibson said. “It’s not like the St. Paul Police Department calls them over an assault and they come out.”

Just days ago, the FBI came under fire for arresting pro-life sidewalk advocate Mark Houck at his home in front of his wife and seven young children, swarming the property with 15-20 FBI agents who allegedly had guns drawn. Houck’s wife and children were traumatized. The arrest was allegedly due to an altercation with an abortion facility escort nearly a year ago, in which an abortion facility escort allegedly harassed Houck’s 12-year-old son. Houck has said he had to physically push the escort away to stop the verbal assault; the escort sued Houck, but the case was thrown out. Local officials likewise did not press any charges against Houck. Yet the Department of Justice suddenly stepped in — and there are now two incidents in which FBI agents have been seen intimidating pro-life activists.

“It’s very disconcerting,” Gibson said of the two FBI incidents. “But at the same time, they’re killing babies inside those buildings, so we have to be out there. There’s no way around that, even if it means taking on harassment from law enforcement officials.”