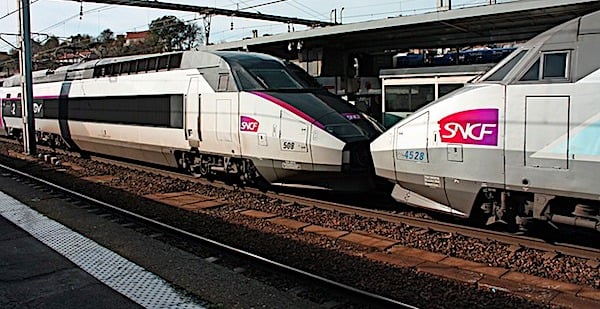 (Image by inkflo from Pixabay)

A French state-owned railway company tried to build a high-speed railway in California but abandoned the project in 2011 and chose to build a railway in Morocco instead as it deemed the nation “less politically dysfunctional,” according to the New York Times.

The Société Nationale des Chemins de Fer Français (SNCF) worked in California to build a high-speed rail system from Los Angeles to San Francisco but faced difficulties due to disputes over the railway’s route, the NYT reported Sunday. California’s disputes and delays caused the railway company to build a railway in Morocco, a country that has a “severe and systematic” level of corruption, according to Transparency International.

“They told the state they were leaving for North Africa, which was less politically dysfunctional,” Dan McNamara, an SNCF project manager, told the NYT. “They went to Morocco and helped them build a rail system.”

Morocco has consistently received below-average corruption scores by international transparency groups, which suggest that the nation has a high level of corruption that weakens the government’s ability to function.

The railway, which was approved by California voters in 2008, was originally meant to pass directly through the San Gabriel Mountains but California lawmakers wanted to divert its path through the Mojave desert and parts of central California to help their local economies. The proposed diversions to the railway’s original route pushed back its planned 2020 completion date and raised its initial $33 billion cost which angered the company, causing it to move to Morocco in 2011 where it finished constructing a bullet train system in 2018.

The California Speed Rail Authority now estimates the cost could between $77 and $113 billion, according to its final plan. The initial portion of the railway is currently under construction in Central California and the government aims to begin testing the section in 2025.

SNCF warned the state’s authorities that the alterations were too ambitious and advised the state to focus on building a direct route between San Francisco and Los Angeles; however, the state ignored the French company’s concerns, according to the NYT.

SNCF did not immediately respond to the Daily Caller News Foundation’s request for comment.