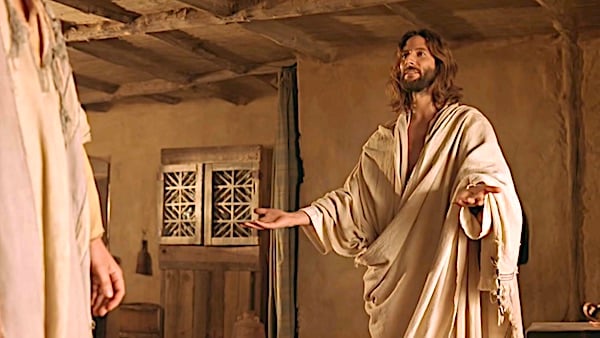 It's already well known that Jesus has twelve apostles in Scripture, but it may not be so easy to name all of them off the top of one's head.

But the story of one of Jesus' remembered disciples is getting a brand-new look, as the climax of his personal story is broadcasting a hidden yet astonishingly wonderful message of hope for people who have their doubts about God and his plan of salvation.

The good news was discussed this week on "Prove All Things," as hosts Mike James and Jeff Reed interviewed Joe Kovacs, author of the new best-selling book, "Reaching God Speed: Unlocking the Secret Broadcast Revealing the Mystery of Everything."

"Here's a simple story from the New Testament that everyone knows about," began Kovacs, whose book reveals hundreds of hidden meanings and veiled prophecies in Scripture secretly embedded at the parable level, since Jesus "did not say anything to them without using a parable" (Matthew 13:34 NIV).

"There's one apostle I do remember very well, and that is Thomas, and people know him as 'Doubting Thomas,'" as he famously doubted that Jesus rose from the dead until he saw the risen Savior with his own eyes. 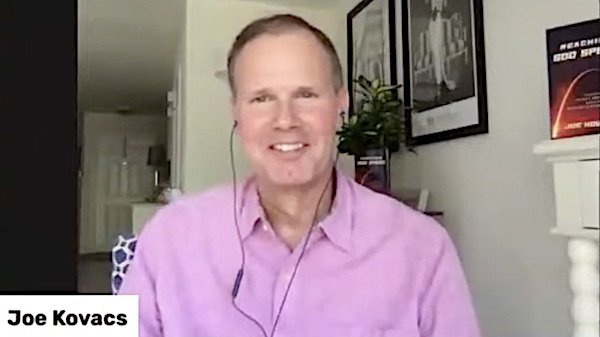 "And perhaps the most famous moment of him in the Bible is when Jesus died and rose from the grave, the apostles were assembled together one week and Jesus appeared to them. But Thomas wasn't there. The doubting person wasn't there."

Scripture itself indicates "Thomas ... was not with the disciples when Jesus came" (John 20:24 NIV).

"But he was present the second time," Kovacs continued, as the the Bible says: "A week later his disciples were in the house again, and Thomas was with them" (John 20:26 NIV).

"Now when we decode this at God speed – the parable level, the metaphor level, however you wish to say it – there's an allegory here," the author explained. 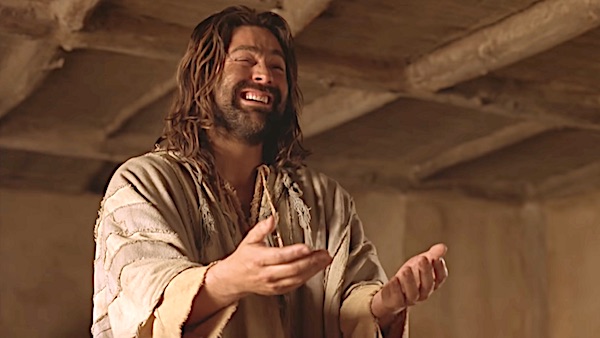 Thomas the Twin, a.k.a. Doubting Thomas, portrayed by Andy Velasquez, finally sees and believes the risen Jesus in 2003's 'The Gospel of John.' (Courtesy Gospel of John Ltd.)

"For years, I've had this belief ... following the laws of God to the best of my ability, but I didn't see that until God opened my eyes just recently to the fact that the simple story, the doubting person is not there during the first gathering, during the First Resurrection. But all the doubting people will be there during the second time, the second assembly, the Second Resurrection and for them, seeing is believing as the cliché goes." (WATCH THE INTERVIEW:)

Jesus Himself noted of Thomas during His second appearance to the disciples, "Because you have seen Me, you have believed" (John 20:29 NKJV).

The book of Revelation mentions how true believers are raised to eternal life when Jesus comes back, specifically calling it the "First Resurrection."

"Blessed and holy is he who has part in the first resurrection" (Revelation 20:6 NKJV).

A thousand years after the First Resurrection is when the Second Resurrection takes place, when "the rest of the dead," the unbelievers, are brought back to temporary, physical life.

"But the rest of the dead did not live again until the thousand years were finished" (Revelation 20:5 NKJV).

"I also saw the dead, the great and the small, standing before the throne, and books were opened. Another book was opened, which is the book of life, and the dead were judged according to their works by what was written in the books" (Revelation 20:12 CSB).

As God is often "declaring the end from the beginning" (Isaiah 46:10 KJV), forecasting the end right from the start, that future time period of judgment and repentance en masse is alluded to many times in Scripture, including:

"Then I will teach the rebellious your ways, and sinners will return to you" (Psalm 51:13 CSB).

"I will put My laws in their mind and write them on their hearts; and I will be their God, and they shall be My people" (Hebrews 8:10 NKJV).

"God saw their actions ​– ​that they had turned from their evil ways ​– ​so God relented from the disaster he had threatened them with. And he did not do it" (Jonah 3:10 CSB).

Near the end of the program, Kovacs urged viewers "to get in harmony with the instructions of the Bible."

"The Bible is a big instruction book to get out of our fleshly bodies, out of the flesh and into the spirit because we're going to be transformed, like .... the caterpillar gets transformed into a butterfly, it's something far more glorious. It starts off in this woolly, fuzzy thing, 'cause we're all these woolly, fuzzy individuals here, but we become this amazing, glorious thing. We're gonna be able to fly because we're gonna be a spirit being. We won't be shackled in these 'bars' and 'gates' [of our physical bodies] that the Bible keeps talking about all the time." (Jonah 2:6 CSB)

"We're in a prison right now, but we can make a jailbreak and get out of our prison body where we can travel across the whole universe – unseen and seen universe – because we're currently shackled here in captivity in our fleshly body and the Bible talks about that countless times, whether it's in the book of Job or Psalms or Proverbs. We can get out of this place of captivity, Egypt. Another phrase for Egypt in the Bible is the 'house of bondage'  (Exodus 20:2 KJV), the house of captivity. It's a prison house because the flesh is the prison. And we're all in Egypt. God says come "out of Egypt" (Matthew 2:15).

The author concluded by stating: "God has given us the key, the master key to understanding everything in life. And the key is His Word. He is the key. Let's use the key to unlock the mysteries of life, whether it's everything you see and hear on a daily basis or stuff in the Bible that you never understood. Open up your eyes. Open up your ears. Use the Spirit of God. God has given us His words. Connect the dots, and you'll have so much less anxiety in life when you finally come to understand that you CAN understand the mystery of everything when we reach God speed."

Finally emerging: The beast, mark and number of the beast revealed