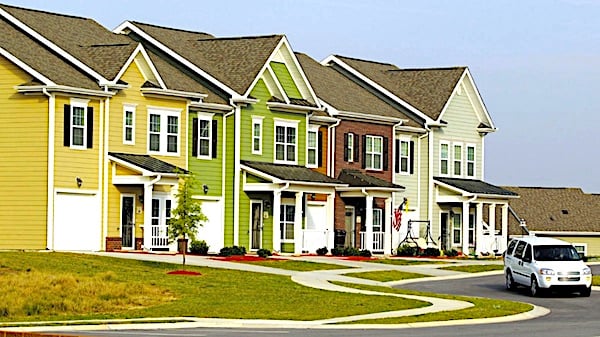 Sales of existing homes fell in September for the eighth month in a row, as historically high mortgage rates pummel demand for homes, the National Association of Realtors (NAR) announced Thursday.

The 1.5% decline from August contributed to a 23.8% slide compared to September 2021, as the median existing-home sales price rose 8.4% from last September, from $355,100 to $384,800, the NAR reported. NAR Chief Economist Lawrence Yun said that high mortgage rates were contributing to reduced demand, particularly in “expensive regions of the country.”

“The housing market has entered a recession before the overall economy does,” said Nancy Vanden Houten, lead U.S. economist at economic forecasting firm Oxford Economics, according to the Wall Street Journal Thursday. “We look for housing to be a drag on growth, really, for the next several quarters.”

“The housing sector continues to undergo an adjustment due to the continuous rise in interest rates, which eclipsed 6% for 30-year fixed mortgages in September and are now approaching 7%,” said NAR Chief Economist Lawrence Yun. #NAREHS

The 30-year fixed mortgage rate hit 6.94% last week, their highest level since 2002, in response to the Federal Reserve’s aggressive campaign of interest rate hikes designed to combat inflation. A weaker housing market could help the Fed achieve its goal of combating inflation, as a weakened housing market drags down other related industries, such as lumber, plumbing, construction and other goods and services, the WSJ reported.

The Fed is considered likely to continue raising interest rates at its aggressive pace, and comments from top Fed officials have signalled the central bank’s unwillingness to lower rates until inflation has been clearly contained.