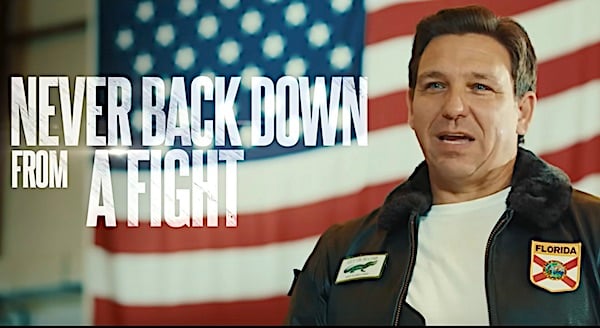 A letter from the inspector general of the U.S. Treasury Department has confirmed to Democrats who asked that an investigation is beginning into the flights organized by Florida Gov. Ron DeSantis that delivered illegal aliens to Martha's Vineyard.

The delivery of those few dozen migrants triggered outrage from residents of the pricey and exclusive locale, and horror from Democrat lawmakers who have fallen into alignment with Joe Biden's open borders programs that have allowed millions of illegals to flood into the U.S. and beleaguer border towns, cities and states.

Fox News said the Democrats had told Treasury they wanted a review of whether Florida improperly used American Rescue Plan funds for the flights.

There also have been busloads of migrants moved from Texas and other border locations to Democrat-run strongholds such as New York and Chicago, where the illegals also have been met with outrage and opposition.

The IG responded to Democrats, "As part of its oversight responsibilities for the State and Local Fiscal Recovery Fund, The Treasury Office of the Inspector General has audit work planned on recipients' compliance with eligible use guidance. In addition, as part of our oversight work of the Coronavirus Relief Fund established by the CARES Act, we have already sought information from Florida about appropriate use of that fund."

The letter explained one issue will be the allowable use of funds, and whether "interest earned on … funds was utilized by Florida related to immigration activities, and if so, what conditions and limitations apply to such use."

Democrats have complained that moving immigrants around the country, specifically Martha's Vineyard, where Barack Obama has a residence, is a "terrible idea" and a "publicity stunt," Fox reported.

.@USTreasury responded to my letter, confirming that it will investigate @GovRonDeSantis' use of Covid relief funds to cruelly transport immigrants from Texas to Martha's Vineyard under false pretenses and without any consideration for their personal dignity or basic needs. https://t.co/dJJllv9Piy

It is the Daily Caller News Foundation that reported DeSantis has little time for critics of his efforts to distribute the load of illegal aliens to other states.

In an interview with Sean Hannity of Fox News, he said, "Sean, it’s really frustrating. You have been covering this. Millions of people since Biden has been president illegally coming across the southern border. Did they freak out about that? No. You had migrants die in the Rio Grande, you had 50 die in Texas in a trailer because they were neglected. Was there a freak out? No, there wasn’t.

"You’ve had criminal aliens get across the southern border and victimized Americans, killing some, raping some. Was there any type of outrage? No. And then, of course, we know fentanyl deaths are at an all-time high? Where is that fentanyl coming over? It’s coming over the open southern border."

DeSantis even pointed out that the illegals were not allowed to stay in Martha's Vineyard; they were moved out almost immediately by a contingent of soldiers from the National Guard.

WND also has reported that the Biden administration itself has been doing literally the same thing.

It was reported in April that Biden has "resumed sending charter flights of migrants to an airport in suburban New York. The effort, first highlighted in October by the New York Post, is reported to have resumed as illegal immigrants continue to pour into the country, according to a report from the Post Friday. Members of the Post's staff 'watched as a group of migrant teens got off an Avelo Airlines plane' at the airport around 9:25 p.m. Thursday and 'boarded three waiting buses that drove off about 50 minutes later.'"

And more recently, WND reported a GOP executive in Orange County confirmed Biden's HHS is behind a series of "secretive flights of illegal migrant teenagers" to his county.

Two recent flights originated from El Paso, Texas, which has been overwhelmed by an average of 900 illegal migrants each day, according to flight trackers Republican New York State Assemblyman Colin Schmitt, who was on the ground when the flights landed, shared with the DCNF.

The planes arrive with no notice, Schmitt, whose district includes Orange County, said. The passengers who landed Friday deplaned onto buses after the sunset, he added.

“This is truly a clandestine secret operation from the Biden administration. It’s unacceptable,” he said. Local leaders are only made aware of the flights either by 911 calls or concerned residents calling their offices, Schmitt explained.