A top Republican lawmaker died suddenly on Sunday at the age of 55, and with no cause of death provided, some are wondering if a COVID vaccine possibly played a part. 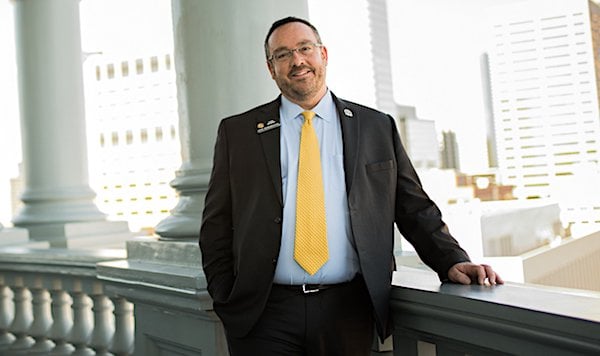 "Hugh was fiercely passionate about serving the great state of Colorado and will be missed dearly. Funeral services are being planned and details will be made public once finalized."

It is with great sadness we announce the sudden passing of House Minority Leader Hugh McKean. Hugh was fiercely passionate about serving the great state of Colorado and will be missed dearly. Funeral services are being planned and details will be made public once finalized. pic.twitter.com/Yw7ARMTnJv

Kristi Burton Brown, Colorado's Republican chairwoman, said McKean was "kind and positive," noting he "took the time to invest in so many lives, including my children."

Should news agencies at least raise the possibility that all these sudden deaths are caused by reactions to COVID shots?
99% (2000 Votes)
1% (24 Votes)

I’m deeply saddened by the loss of my friend, Leader Hugh McKean. He was kind and positive and took the time to invest in so many lives, including my children. #copolitics pic.twitter.com/d1Krp7Rbrv

The Colorado Sun reported McKean "was found dead Sunday morning after complaining of feeling unwell the day before," adding that "information on the cause and manner of McKean's death, which shocked the Colorado political world, has not been released."

With many news agencies not even raising the possibility of a possible COVID-vaccine connection, J.D. Rucker at The Liberty Daily wondered "Was it the jabs?" as he blasted "the increasingly large category of conservative news outlets who refuse to mention the words 'COVID' or 'vaccine' in any story that deals with sudden inexplicable deaths of young and otherwise healthy people."

"This is due to the tyrants in Big Tech who will blacklist any news outlets that even ask the question. Google and YouTube will cut off their big ad dollar checks. Facebook will cut off the massive amounts of traffic they send to news outlets. It's an unfortunate reality that even respectable conservative or alternative news outlets won't dare risk their gravy trains."

Rucker concluded: "The truth is starting to come out. It's usually dropping in trickles. Sometimes the spigot lets out a bit more. Over time, the people will see the truth. We can only hope and pray it reaches as many in time as possible."

When was he last b🤔🤔std with the [email protected] of death?