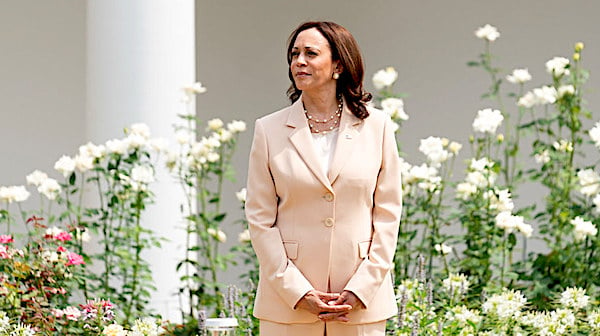 Harris made the statement while speaking at an abortion rights conference in Connecticut, joining a panel discussion alongside Planned Parenthood president Alexis McGill Johnson and Rep. Jahana Hayes, D-Conn. Hayes pressed Harris to explain how a person might still support abortion rights even if their religious beliefs declare it immoral.

"What would you say to someone who understands why abortion should be a personal decision between a pregnant person and whomever else they decide to include in the conversation, but believes they can't reconcile it with their faith?" Hayes asked, reading a question from the audience.