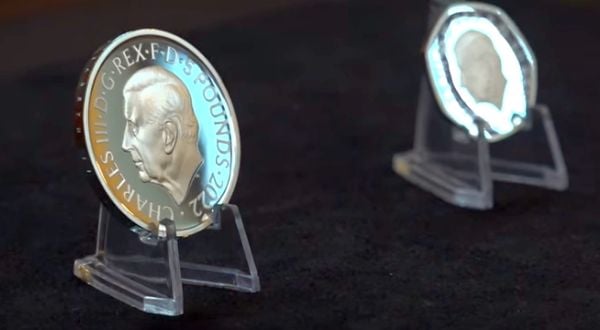 (BBC) – New coins featuring the portrait of King Charles have been revealed, with a 50p carrying his image entering general circulation within weeks.

BBC News was given a first glimpse of the 50p and a commemorative £5 Crown which include an image of the King by British sculptor Martin Jennings.

The coins follow centuries of tradition with the monarch now facing left – the opposite way to his predecessor. As with previous British kings, and unlike the Queen, he wears no crown.