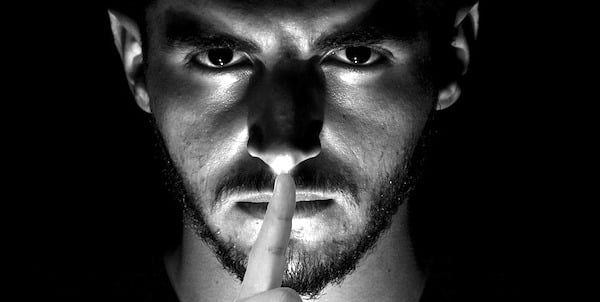 (Image by Tumisu from Pixabay)

It was revealed only days ago that the departments of State and Homeland Security had a program during the 2020 elections through which federal officials could tell a private consortium which messages they didn't like, and the consortium members then would lobby social media to censor those.

Shortly after, Rep. Kevin McCarthy, as a candidate to be House Speaker if Republicans become the House majority in November, promised an investigation.

Now columnist Miranda Devine at the New York Post has revealed that, "So far, 67 officials or agencies – including the FBI – have been accused" of those apparent First Amendment violations.

Her evidence, she said, comes from a little-noticed federal lawsuit, Missouri v. Biden, which has generated "astonishing evidence of an entrenched censorship scheme cooked up between the federal government and Big Tech."

The strategy, she said, "would make Communist China proud."

"So far, 67 officials or agencies — including the FBI — have been accused in the lawsuit of violating the First Amendment by pressuring Facebook, Twitter and Google to censor users for alleged misinformation or disinformation," she explained.

Devine noted her own publication was a victim, when the FBI went to Facebook and warned with "great specificity to watch out for a 'dump' of Russian disinformation pertaining to Joe Biden."

That would have been the Post's accurate, but damaging to Biden, reports about the family's international business schemes, appearing just before the 2020 election.

Those reports, based on Hunter Biden's abandoned laptop, were not disinformation. They were accurate reports, and the suppression of that, on the FBI's instructions, now is considered by many to have changed the winner of the 2020 election from President Trump to Joe Biden.

The lawsuit was summarized by Missouri Attorney General Eric Schmitt, who said, "We allege that top-ranking Biden administration officials colluded with those social media companies to suppress speech about the Hunter Biden laptop story, the origins of COVID-19, the efficacy of masks, and election integrity."

The material being censored routinely was categorized as "misinformation" about pandemic lockdowns, vaccines, COVID-19 and the Bidens, even though it was not.

A federal judge already has ordered Fauci and Jean-Pierre to turn over their records.

The report said the civil action by AGs in the two states overlaps with a separate case by former New York Times reporter Alex Berenson, who charges that internal Twitter documents and more confirm "internal Twitter documents and Slack conversations showing Biden administration officials instructed the social media company to de-platform him because he was dissenting from the official line on school lockdowns and the efficacy of vaccines."

A commentary at RedState said Biden and Barack Obama had accomplished "what even Richard Nixon couldn't do."

The commentary noted that Sen. Ted Cruz, R-Texas, pointed out that Obama put "hard partisans" into career positions at DOJ, the FBI and more, and that now has "metastasized under Biden."

"Let’s break this down, so far: Former intelligence and national security officials argue that centralized censorship is not only crucial to protecting national security but also in advancing U.S. foreign policy, on one hand, and the Obama-weaponized DOJ, FBI, and IRS targeting political enemies metastasizing under the presidency of Joe Biden, on the other hand. What could possibly go wrong? We’re about to find out."

It cited the work by Devine and the discovery that 67 government officials or agencies were involved in pressuring Facebook, Twitter and Google to censor users.

The commentary said, "Banning and censoring conservative opinion and factual information, under the false pretense of misinformation or disinformation, that contradict the lies and narratives of the Biden administration and upset the supreme potentates of Google, Facebook, Amazon, Twitter, and other Big Tech companies, smacks of the heady days of the Soviet Union and today’s Communist China."

WND reported earlier this month that the censorship scheme worked like this: Leftist officials and agencies within the federal government, barred by the Constitution from censoring people directly, told a coalition of leftist organizations which messages to suppress.

Those groups then complained repeatedly to Big Tech about those messages, in order to get them censored.

McCarthy said, "I have long been critical of the attempts by Big Tech to censor voices the federal government tells them to. Whether directly through their proposed so-called 'Disinformation Governance Board' or indirectly by using private groups to do the government's bidding, these are fundamental violations of the First Amendment — the foundation of our free society. "

He said holding both ends of that scheme – the government and Big Tech – accountable would be among his goals should the GOP be the House majority after the elections.

McCarthy said the strategy, which preceded the failed plans by the Biden administration to create a "Disinformation Governance Board," was both troubling and a violation of the Constitution. Plans for that board were dropped because of the public outrage its proposal triggered.

The report said Republicans already are taking steps to prepare for such an investigation. If the GOP is the House Majority, Rep. James Comer, R-Ky., is a candidate to chair the House Oversight Committee.

And Rep. Andrew Clyde, R-Ga., a key member of the House Homeland Security Committee, is working on legislation that would explicitly outlaw federal involvement in any Big Tech censorship.

It was the Stanford Internet Observatory, the University of Washington's Center for an Informed Public, the Atlantic Council's Digital Forensic Research Lab, and social media analytics firm Graphika who assembled a "concierge-like service."

That service also was provided to the Democratic National Committee, Common Cause and the NAACP, as well as the Homeland-funded collaboration called the Elections Infrastructure Information Sharing and Analysis Center.

The operation itself boasted of sending out information-suppression instructions on more than 4,800 URLs – share nearly 22 million times on Twitter alone – for social media platforms to take action.

"The tickets sought removal, throttling and labeling of content that raised questions about mail-in ballot integrity, Arizona's 'Sharpiegate,' and other election integrity issues of concern to conservatives," Just the News reported.