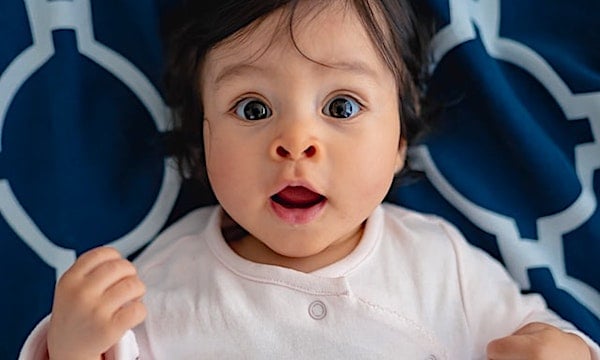 The Guardian published images of gestational tissue from the first 9 weeks of pregnancy without clarifying that the embryo had been removed, giving the impression that no embryo was present, an OB-GYN told the Daily Caller News Foundation.

The article showed eight photos of the gestational sac — a thin, white tissue that supports a pregnancy — and suggested first trimester abortions only removed this tissue in a Wednesday article titled “What a pregnancy actually looks like before 10 weeks – in pictures.” The embryos had been removed from the tissue, according to OB-GYN Christina Francis, but the article made no mention of that.

“Each of the images in the article show a gestational sac but clearly the embryonic and fetal human beings have been removed from the images,” Francis told the DCNF. “Open any human embryology textbook and you will see that the images in the Guardian article do not reflect the reality of human development. Either the Guardian and the physician quoted in the article think that we are stupid, or they don’t believe their readers deserve to have factual information.”

The sources quoted in the article undermined the notion that fetuses in the first nine weeks of pregnancy look human.

“[Abortion patients are] expecting to see a little fetus with hands – a developed, miniature baby.” Dr. Joan Fleischman, a member of the part of the MYA Network which supplied the photos, told the DCNF. “They feel they’ve been deceived.”

By nine weeks a fetus is about an inch tall and has recognizable physical features including eyes, lips, a nose and fingers, according to images published by the Endowment for Human Development (EHD). Planned Parenthood also acknowledges that, by nine to 10 weeks, a fetus is 1-1.5 inches long and has fingers and toes.

Moreover, the Guardian article said there was “no visible embryo” at seven weeks, but at that point in pregnancy the embryo has arms and legs, is forming facial features and is almost an inch tall, according to the EHD. Planned Parenthood notes that embryos at seven weeks are roughly half an inch long.

The author acknowledged that textbooks show embryos to be “quite far along” at this stage but followed that acknowledgement with a quote from a source claiming those images are politically motivated.

“A lot of early pregnancy images are driven by people who are against abortion and feel that life begins at conception, or by prenatal enthusiasts who want women to be excited about their pregnancy,” Fleischman told the outlet.

Dr. Francis said the images would mislead women who were considering abortions.

“All women deserve accurate information about what is going on with their developing child – removing an image that proves inconvenient for abortionists is not only misleading, it’s condescending and coercive,” Francis said.

The Guardian did not respond to the DCNF’s request for comment.