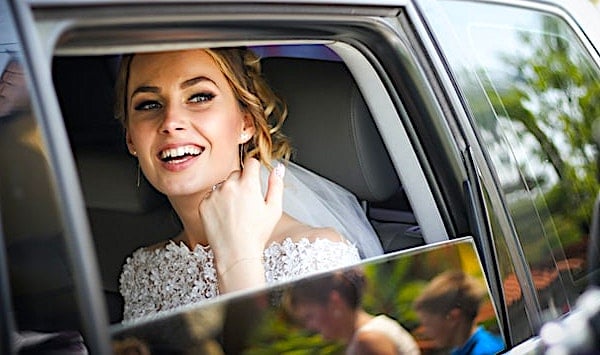 A California court has ruled in favor of a Christian baker who declined to provide one of her wedding-cake creations for a lesbian couple in 2017, confirming that people "shouldn't push any agenda against anyone else."

She has been involved in court fights since the lesbian duo, reportedly wearing a recording device, came into her shop to demand she violate her Christian faith and provide them with a product to celebrate their lesbianism.

Miller had confirmed the duo could have bought any cake in the shop, but she would not create a special product for them.

The ruling, from Judge Eric Bradshaw, said creating a cake is protected as "pure speech" and considered artistic expression.

Constitutional expert Jonathan Turley called the court ruling a "big win" for the bakery, and noted a similar situation is pending right now before the Supreme Court.

He noted Miller was sued by the Department of Fair Housing and Employment after Eileen and Mireya Rodriguez-Del Rio complained that she wouldn't give them what they want.

Are homosexuals conspiring against Christian companies solely to attack to their religious beliefs?
99% (413 Votes)
1% (4 Votes)

"The case is very similar to the Masterpiece Cake Shop case that was previously before the Supreme Court, though failed to reach a definitive result on the question of religious freedom versus state discrimination laws," Turley explained.

That ruling went against the state of Colorado, which tried to put Masterpiece owner Jack Phillips into an indoctrination program, because of the state's overt hostility to his Christian faith.

In the Miller situation, the court rejected the action under the Unruh Civil Rights Act, a 1959 state law protecting consumers from discrimination by businesses.

Turley said the issue is "all about free speech."

"In this case, the bakery posted standards that said it would produce 'positive' designs but included a list of designs that it would not create designs featuring drug use, explicit sexual content, 'gore, witches, spirits, and satanic or demonic content,' and 'design that violate fundamental Christian principals; wedding cakes must not contradict God’s sacrament of marriage between a man and a woman.'"

Miller had won the dispute earlier, when Kern County Superior Court Judge David Lampe ruled in 2018 in her favor, but California's 5th District Court of Appeals reversed and remanded the decision.

Lampe had concluded that "the fact that Rodriguez-Del Rios feel they will suffer indignity from Miller’s choice is not sufficient to deny constitutional protection… [an] 'interest in preventing dignitary harms . . . is not a compelling basis for infringing free speech.'"

Bradshaw's new ruling found, again, that Miller had a constitutionally protected right to refuse to bake a custom cake for a lesbian wedding on religious grounds.

Bradshaw concluded "Miller’s only motivation, at all times, was to act consistent with her sincere Christian beliefs about what the Bible teaches regarding marriage."

The Daily Mail reported the bakery, in Bakersfield, California, pointed out that Miller had offered the duo the name of another bakery at which to obtain their cake.

"But the furious couple lodged a lawsuit against her, claiming that they were being discriminated against," the report said.

Charles LiMandri, of the Thomas More Society which worked on the case, said, "We applaud the court for this decision. The freedom to practice one's religion is enshrined in the First Amendment, and the United States Supreme Court has long upheld the freedom of artistic expression."

The legal team shared a deposition from months ago in which "prosecutors appeared to question Miller's religious beliefs, which they found 'disturbing,'" the report said.

The lesbians on social media insisted they would appeal, and continuing their persecution of Miller.

WND reported earlier in the years-long battle Miller's lawyers had argued that the two lesbians were trespassing.

At the time, the lawyers said they "fraudulently" presented themselves as customers to provoke a lawsuit and, therefore, were "unlawful trespassers."

The lawyers charged they "conspired with one another and/or aided and abetted one another in bringing what they know is a fraudulent and meritless complaint to … collect a money judgment."