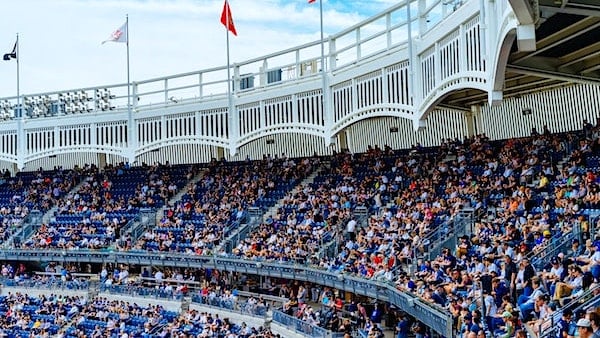 Homeless public school students increased in the 2021-2022 school year as the city of New York sees a decline in enrollment, according to data from Advocates for Children of New York.

The number of homeless students in the last year increased 3.3% to more than 104,000 students, according to data released Wednesday by Advocates for Children of New York. The report comes as enrollment in schools operated by the New York City Department of Education (NYDOE) dropped 83,656 students after the 2019-2020 school year.

“If these 100,000 children made up their own school district, it would be a district larger than 99.5% of all other districts nationwide,” Advocates for Children of New York Executive Director Kim Sweet said in a press release. “While the city works to address the underlying issue of homelessness, we also must ensure that students who are homeless get to class every day and receive the targeted supports they need to succeed in school.”

Of the homeless students, about 69,000 students were in temporary housing and almost 30,000 were in city shelters, the data showed. Around 5,500 students were living either in abandoned buildings or cars.

Last school year is the seventh straight year in which New York City has counted more than 100,000 homeless students, the data noted. There are plans to hire 100 shelter-based Department of Education Community Coordinators to address the homelessness issue, the Advocates for Children of New York press release stated.

In the beginning of October, New York City Mayor Eric Adams declared a “state of emergency” as more than 5,500 migrant students enrolled in the New York public school system. Schools are reporting a lack of resources, including Spanish-speaking teachers, to handle the influx of migrant students.

“The NYDOE needs to ensure the new migrant students entering the shelter system are enrolled in schools that can meet their needs, while not losing sight of the longstanding issues facing the tens of thousands of students who were already homeless,” Advocate For Children’s Learners in Temporary Housing Project Director Jennifer Pringle said in a press release.

Advocates for Children of New York referred the Daily Caller News Foundation to their press release and NYDOE did not immediately respond to the DCNF’s request for comment.