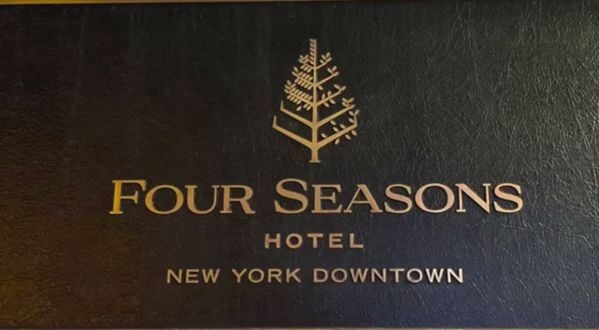 (NEW YORK POST) – New York’s Four Seasons Hotel has remained conspicuously closed since the start of the pandemic — and insiders say it risks staying shuttered for years because of an increasingly bizarre dispute with the billionaire founder of the Beanie Babies toy empire.

The luxury icon designed by architect I.M. Pei at 57 East 57th St. — whose lavish Ty Warner penthouse suite was charging $50,000 a night before the hotel was shuttered in March 2020 –has come to resemble an abandoned building.

The 54-story tower’s grand, Art Nouveau-inspired entryways are blocked off by metal pedestrian barricades. The flags on the French limestone facade are taken down and the front windows are covered with brown paper and ad posters.