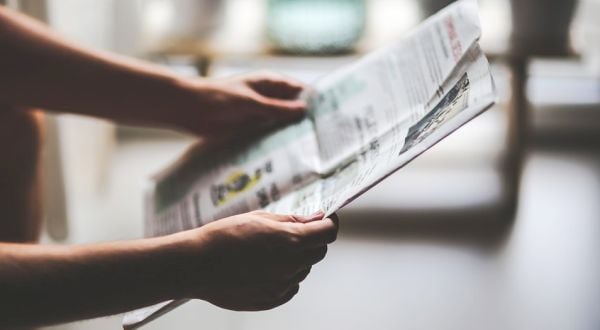 For more than six years – since he launched his presidential campaign – legacy media corporations and Democrats have been trying to paint President Trump and his supporters as some sort of threat to America.

But talk about a big backfire.

A new report from Just the News cites a New York Times/Siena poll that reveals among voters who believe democracy is under threat, 84% say the "media" is the biggest threat. Fifty-nine percent say the press is a "major threat" and another 25% say it's minor.

The poll also confirmed the years-long campaign to tarnish Trump and destroy his reputation has left behind 70% who view him as a threat to democracy, with 45% describing that threat as "major."

Just the News reported, "Despite efforts by Democrats, allied press to paint Trump and 'MAGA Republicans' as threats to democracy, nearly as many in survey view President Biden as authoritarian threat as they do his predecessor."

The Democrats and media colluded, in fact, to promote the now-debunked conspiracy theory from the Hillary Clinton campaign and the Department of Justice that Trump's 2016 campaign colluded with Russia.

The media and Democrats continued that false narrative for years of his first presidency.

Recently the FBI launched a SWAT raid on Trump's home over what apparently was a dispute over paperwork.

Media personalities openly attacked Trump throughout his presidency, earning his conclusion that they are actually an enemy of the people.

Then there were the Democrats' two failed impeach-and-remove campaigns against Trump, and what many observers say actually is a third try – Pelosi's partisan Jan. 6 commission that has been searching for statements to use against Trump over the Jan. 6, 2021, riot at the Capitol.

At the same time, it has steadfastly declined to review evidence regarding Pelosi's own liability, for her refusal of Trump's offer of National Guard troops for that day, as she bears some responsibility as House speaker for the safety of the Capitol.

Just the News described the poll results as "stunning."

But it noted there recently have been other polls "suggesting that by seeking to investigate, prosecute, and stigmatize their political opponents as anti-democratic 'extremists,' Biden and other Democrats are arousing fears among voters that it is they themselves who are acting in heavy-handed ways alien to the American democratic tradition."

Seventy-one percent of registered voters think "American democracy is currently under threat," and the percentages for the media and Biden were of those totals.

Just the News noted, of the poll, "This attitude toward the media was strikingly bipartisan, with 95% of Republicans, 83% of independents, and 70% of Democrats calling the press a threat."

The report noted the media's coverage of the FBI raid on Trump's home "in key ways" "resembled how the press previously covered now-debunked allegations of collusion between Russia and the Trump campaign to sway the 2016 presidential election, with journalists prematurely weaving a narrative of Trump's guilt resting on flimsy underpinnings of anonymous government leaks and innuendo."

Biden and his allies in Congress repeatedly have condemned Trump and his supporters as dangers to America. They've repeatedly claimed democracy itself is at stake.

Yet they were the team players who tried to characterize parents concerned about leftist ideologies invading classrooms as domestic terrorists. And they're the ones ignoring some 160 criminal attacks on churches and crisis pregnancy centers.

The report pointed out, "Perhaps most infamously, Biden last month delivered a speech in Philadelphia vilifying Trump and the Make America Great Again movement aligned with him. 'Donald Trump and the MAGA Republicans represent an extremism that threatens the very foundations of our Republic,' he declared."

Polls showed a majority of Americans considered his rant itself as divisive and dangerous.