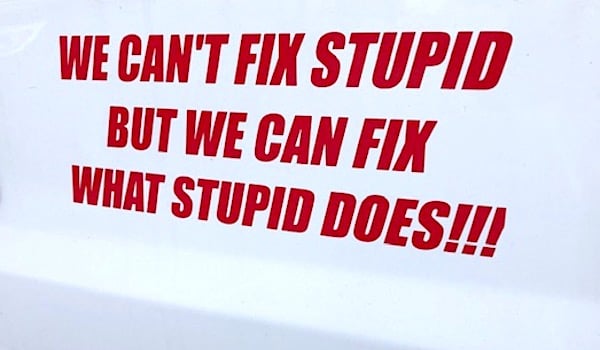 Real Clear Politics is predicting that the GOP will pick up two U.S. Senate seats in the midterm elections in just weeks, a result that if it develops would signal an end to many of Joe Biden's agenda points – and even open the door for a number of paybacks.

The Democrats hold the majority right now in the 50-50 Senate through Kamala Harris' tiebreaking vote.

The changes are expected to be in Nevada and Georgia, and if those develop, would give the GOP a 52-48 majority and control of the Senate.

It would, for example, end Biden's pipeline for his extreme leftist judges that he's been appointing to the judiciary. It would give the GOP an opportunity to investigate Hunter Biden and his business deals with China, as well as Joe Biden's involvement in those deals.

Vox reported the Nevada race for the Democrats could be a "disaster."

There, the prediction is for Sen. Catherine Cortez Masto to lose her seat to state Attorney General Adam Laxalt.

In Georgia, it's NFL star Herschel Walker is challenging Raphael Warnock for the Senate seat.

The Savannah Morning News reported Walker "out-Warnocked" the "smooth-talking" senator in a race that is very close.

Warnock, a pastor, has been hit with revelations about a number of scandals, including the fact his church, which pays him about $90,000 in "housing" allowance even while he's in the Senate, was evicting low-income residents from a church facility during COVID.

Other Senate seat political parties were predicted to remain unchanged. But if the GOP takes two additional seats, Chuck Schumer would be relegated again to minority leader, a position from which he exercises little influence except over his own party members.

The U.S. House is expected by most election observers to be GOP-majority when the November voting is done, and that could open up a number of Biden appointees, especially those with the more extremist agendas, to possible impeachment in a GOP-majority House, now that the Democrats have established that process as a political tool.