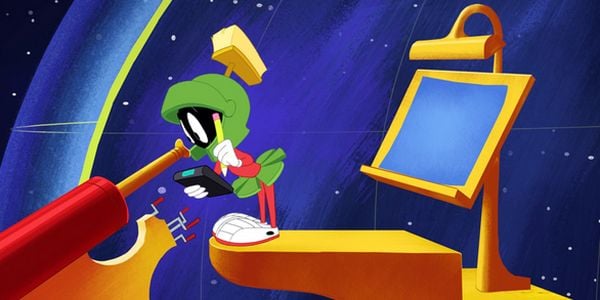 No more. Because they killed themselves with climate change.

That's the stunning suggestion from a science report that already is being ridiculed widely.

At the Blaze, a report cited the contention from "Science Alert" that, "The life often mentioned is microbial, and according to some scientists, the greenhouse effect emitted by these microbes was caused, in theory, by the planet's distance from the Sun."

The report from "Science Alert" said, "Ancient microbial life on Mars could have destroyed the planet's atmosphere through climate change, which ultimately led to its extinction.

"The new theory comes from a climate modeling study that simulated hydrogen-consuming, methane-producing microbes living on Mars roughly 3.7 billion years ago. At the time, atmospheric conditions were similar to those that existed on ancient Earth during the same period," the science article alleged. "But instead of creating an environment that would help them thrive and evolve, as happened on Earth, Martian microbes may have doomed themselves just as they were getting started, according to the study published October 10 in the journal Nature Astronomy."

It added, "The model suggests that the reason life thrived on Earth and was doomed on Mars is because of the gas compositions of the two planets, and their relative distances from the Sun. Being farther away from our star than Earth, Mars was more reliant on a potent fog of heat-trapping greenhouse gases, such as carbon dioxide and hydrogen, to maintain hospitable temperatures for life. So as ancient Martian microbes ate hydrogen (a potent greenhouse gas) and produced methane (a significant greenhouse gas on Earth but less potent than hydrogen) they slowly ate into their planet's heat-trapping blanket, eventually making Mars so cold that it could no longer evolve complex life."

The Blaze took off on the idea.

"Have you heard about the push from the United States government for research into how to dim the sun? Yeah, they want to cool the Earth by reflecting sunlight away from Earth," its report said. "A new report from 'Life Science' says the earliest known form of life on Mars 'probably' destroyed itself through climate change. 'Probably' is not a word you hear used much in science, Stu Burguiere noted on Friday's episode of 'Stu Does America.'"

"Stu joked that life on Mars was destroyed because the microbes 'evolved into a democratic governmental administration that decided to erect a giant mirror and direct the sunlight away from the planet, and ended up frying themselves in the process,'" the report said.