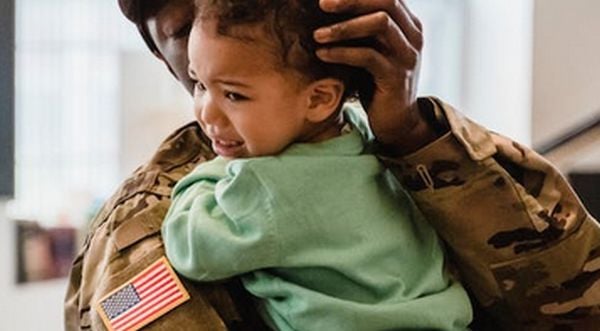 Schools on American military bases, educating almost 70,000 children of service personnel, push the same anti-racism curriculum found in America’s most liberal school districts, with the goal of preparing these students for lives dedicated to a global citizenship meant to displace American citizenship and the American way of life.

The Department of Defense Education Activity (DoDEA) employs thousands of teachers, and its budget exceeds $3.2 billion. Reflecting Department-wide priorities, the 2022 DoDEA “Blueprint for Continuous Improvement” strategic plan was recently updated to emphasize “diversity, equity, and inclusion” as “Core Values” for the system.

As part of delivering on the Defense Department’s diversity agenda, the Pentagon sponsored an “Equity and Access” conference in 2021, where teachers from around the military system delivered talks about promoting queer theory, “antiracism,” global citizenship, and left-wing activism generally. Antiracism was the dominant topic of discussion, but we must understand that “antiracism” does not mean, “not being racist.” On the contrary, the new working definition of “antiracism”—given to us by Boston University’s Ibram X. Kendi—means assuming that all American society is shot through with racism, that every white person is racist, and that denial of racism is evidence of racism.

Thanks to a whistleblower, the Claremont Institute received more than fifty presentations from the 2021 DoDEA conference. The content was, to put it gently, enlightening. Military base teachers instructed their colleagues how to insert antiracist ideology into their classrooms through a simple, two-step process. First, cultivate a sense of guilt and discomfort in students through subtle accusations. Second, replace the previous complacency and comfort with a commitment to activism and a sense of mission about restructuring society and the world.

Trainers emphasized the first step of cultivating “critical conversations” and discomfort in more than a dozen presentations. They hued closely to the Southern Poverty Law Center’s “Let’s Talk” handbook, which describes critical conversations as discussions “about the ways that injustice affects our lives and our society” and explorations about “the relationship between identity and power, that traces the structures that privilege some at the expense of others, that helps students think through the actions they can take to create a more just, more equitable, world.”

Such conversations can begin in countless ways, but they must always take place within the antiracism framework. Injustice means disparities between group outcomes—disparities to the disadvantage of favored minorities. Blacks suffer from some health problems at rates higher than whites—so DoDEA has a presentation on health equity—“We All Have Shoes: But Do They Fit? Health Education Equity.” In “Be Well Do Well,” a presenter emphasizes questions like “what aspect of your racial or ethnic identity makes you the proudest?” and “Have you ever experienced a situation where your racial or ethnic identity seemed to contribute to a problem or an uncomfortable situation?”

Once students are saddled with white guilt, teachers must give them their marching orders. In “Combating 1-Sided Narratives (Decolonize the Curriculum),” AP language teacher Gregory DeJardin insists that teachers must become activists themselves, since nothing naturally bends toward justice “without us bending it.” Decolonizing the curriculum involves expunging old books like Dr. Seuss or Shakespeare from the curriculum and replacing them with antiracist children’s books. Equitable bookshelves must be created, including texts from disrupttexts.org and socialjusticebooks.org, which feature books such as Rise Up: The Art of Protest and What We Believe: A Black Lives Matter Principles Activity Book. The “‘REDI’ for Change: Antiracism in Action” talk emphasized urging white people to confess their crimes of privilege and silence. “I was reading Me and White Supremacy,” said one teacher, and what it teaches “about white silence, and I realized the damage I was doing by my white silence.”

Decolonizing the curriculum could involve changing what history class is about. A focus on inventors or discoverers, for instance, leaves students with only a white-American view of the world, according to one student, since so many of the greatest American inventors have been white men. Decolonization of the classroom should emphasize all the great black inventors or stop focusing on inventors altogether. Bending the arc of justice requires a definite change in emphasis, if not a series of lies, noble or otherwise.

When schools do not allow such books to be taught, trainers encouraged teachers to use their academic freedom to integrate radical readings. Teachers “do have some influence,” one trainer said, over the books they choose “for read-aloud . . . independent reading, book clubs, literature circles.”

All of this is done not simply for the good of equity, but to cultivate a new kind of student.  “Global citizenship education is a means to combat these ideas and practices,” one teacher maintains. Children will think their own country is fundamentally racist and in need of systemic change, but those kids can become attached to a higher ideal than the nation—an understanding of humanity as such.

It is unwise to undermine the attachment military children feel toward their country. It is unjust to put lies at the heart of their education. Yet our military educators are doing both. The country will soon reap the sad harvest of this planting season.