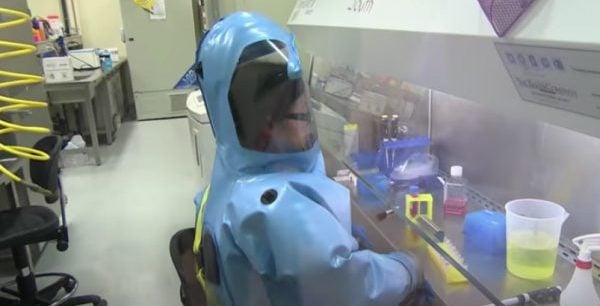 Amid evidence that the U.S. government funded research that made coronaviruses transmissible among humans and more lethal, federal health officials, including White House coronavirus adviser Dr. Anthony Fauci, have pushed the theory that the pandemic had a natural origin, "spilling over" from animals.

Fauci, in fact, according to emails, was part of an effort that began early in the pandemic to dismiss proponents of the lab-leak theory as conspiracy theorists.

But an interim report released Thursday of a Senate investigation has concluded there is "substantial" evidence the virus that causes COVID-19 leaked from a lab in China.

"Nearly three years after the COVID-19 pandemic began, critical evidence that would prove that the emergence of SARS-CoV-2 and resulting COVID-19 pandemic was caused by a natural zoonotic spillover is missing," the report said.

And the evidence of a lab leak, amid China's persistent unwillingness to cooperate with any serious investigation, means Beijing "should no longer get the benefit of doubt."

The researchers acknowledge there is no direct evidence for either theory, noting China's "lack of transparency and collaboration" prevents "reaching a more definitive conclusion."

Nevertheless, the "hypothesis of a natural zoonotic origin no longer deserves the benefit of the doubt, or the presumption of accuracy."

Meanwhile, a new pre-print study has concluded SARS-CoV-2 has a unique "fingerprint" indicating it originated in a laboratory rather than in nature.

Fauci's National Institute for Allergy and Infectious Diseases funded, through Peter Daszak's EcoHealth Alliance, gain-of-function research at the Wuhan Institute of Virology that engineered bat coronaviruses to make them more infectious or deadly in an effort to prepare treatments for possible future an outbreaks.

An U.S. intelligence report, the Wall Street Journal reported in May 2021, said three researchers from the Wuhan lab sought hospital care in November 2019, a month before China reported the first cases of COVID-19.

The Senate report found, after analyzing film and photos, that staff at the lab wore "inadequate levels of personal protective equipment while handling bats."