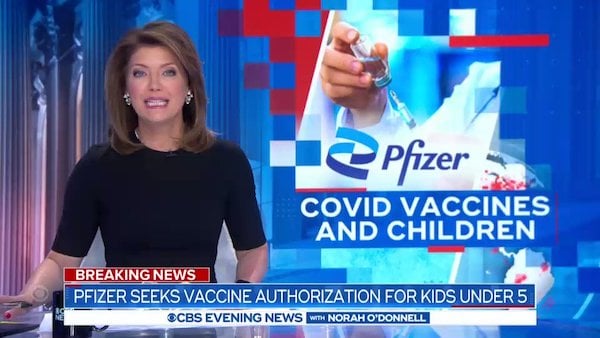 One might think that a top Pfizer executive's admission in testimony before the European Parliament that her company's vaccine was never tested during clinical trials for the ability to prevent transmission of COVID-19 would be front-page news.

After all, the whole premise for the vaccine mandates that have cost many people their livelihoods, separated them from loves ones and barred them from restaurants and sports arenas is that the shots stop the spread of the SARS-CoV2 virus.

The ineffectiveness of the vaccines in stopping infection and transmission has been clear to anyone paying attention, but the admission on Monday by Janine Small, Pfizer's president of international developed markets, is significant as the military, government agencies, schools and other institutions continue to exclude people who have chosen not to get the experimental shots.

Nevertheless, there was no coverage of Small's remarks by establishment media.

Matt Agorist, editor at large at the Free Thought Project, drew a connection to the fact that Pfizer is a major media sponsor, posting a montage on Twitter of news programs "brought to you by Pfizer."

"Brought to you by Pfizer!" pic.twitter.com/GgvxyHfRDY

"This is one of the most telling admissions made since the beginning of the pandemic and the entirety of the establishment media is silent," Agorist wrote on Twitter. "Could it be due to the fact that they all said the exact opposite for the last 2 years?"

James Melville noted there was "almost zero coverage in the mainstream media."

"The silence of complicity is deafening," he tweeted.

European Member of Parliament Christian Terhes of Romania angrily noted to reporters after hearing Small's admission that people – to obtain the digital passport issued by the EU affording them access to many places – "were forced to be vaccinated in order to exercise their base fundamental rights.

"Many of our colleagues voted in favor of for it because they believed what the companies have said, that if you get vaccinated, you will not get infected and you will not spread the virus," he said.

"They haven't tested the vaccine to see if it's stopping the spread of the virus. So we're asking again: what are they hiding?" pic.twitter.com/d3UmgqvtrS

In the hearing Monday, Small was asked by Dutch MEP Rob Roos if the pharmaceutical giant had tested the vaccine "on stopping the transmission of the virus before it entered the market."

"No ... you know, we had to really move at the speed of science to really understand what is happening in the market," she confessed.

"This is scandalous!" he said. "Millions of people worldwide felt forced to get vaccinated because of the myth that you do it for others."

That claim, he said, has "turned out to be a cheap lie."

In July, Dr. Deborah Birx, the White House coronavirus response coordinator at the time the vaccines were developed and rolled, said she wasn't surprised that people who were quadruple vaccinated, including President Biden and Dr. Anthony Fauci, contracted COVID-19.

Last week, Florida’s Surgeon General Dr. Joseph Ladopo recommended men aged 18-39 not get the COVID vaccinate after publishing a study showing an 84% increase in the risk of cardiac death in the 28 days following the shots.

"Get vaccinated for others" was always a lie.

The only purpose of the #COVID passport: forcing people to get vaccinated.

The world needs to know. Share this video! ⤵️ pic.twitter.com/su1WqgB4dO

On Tuesday night, the Dutch lawmaker, Roos, summed up the "massive implications" of the Pfizer executive's admission in an interview with "Tucker Carlson Tonight."

"Governments pushed millions of people worldwide to get vaccinated by telling them to do it for your grandmother," he said.

"And they used big words like antisocial to sow immense hatred against people who refused to comply with the government's wishes. And even worse, many governments, including mine, introduced so-called COVID passports."

"Many lost their job, their livelihood, because they stood by their principles," said Roos.

Austria, the European Parliament member recalled, even had a lockdown of the unvaccinated.

All of this was based on the premise that vaccination helped stop the spread of the virus.

"But this has now proven to be a big lie."

I joined @TuckerCarlson to discuss one of the greatest scandals of our time. #COVID passports and mandates placed millions of people outside society. But there was NO evidence the #vaccine would even stop the transmission. This should have massive political consequences: pic.twitter.com/dQQICUKEBK

President Biden, CDC Director Dr. Rochelle Walensky, White House coronavirus adviser Dr. Anthony Fauci and many other public figures promised early in 2021 that anybody who got the vaccine would not be infected with COVID-19 and would not transmit the virus to others.

See a montage of the promises:

Hear former British Prime Minister Tony Blair declare the evidence around the world that COVID vaccine "works" is "crystal clear," that there is no "serious person disputing it," and to get vaccinated "is almost part of your civic duty."

Lying is second nature to this odious individual .pic.twitter.com/LOMVGtcGxQ

Hear the shifting assessment of the Pfizer vaccine by the company's CEO, Albert Bourla, who has contracted COVID-19 twice after being "fully vaccinated."

Pfizer CEO Albert Bourla should be arrested and charged with fraud… pic.twitter.com/YxTiqTzDj3

Pfizer turned Israel into a lab for the world. Well, the lab experiment failed, miserably. pic.twitter.com/6bJjcdqAmN