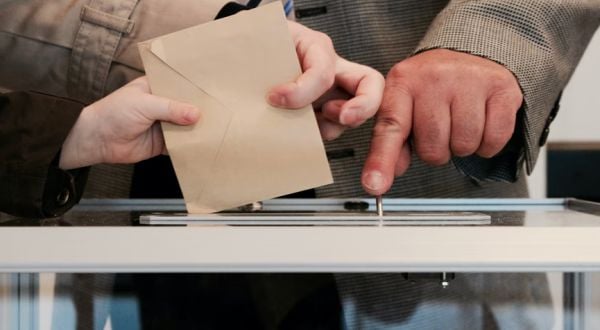 A whistleblower has outlined in a detailed complaint a years-long Democrat operation to harvest ballots in Florida, and now a state agency has investigated, and forwarded the details to authorities to determine what prosecutions should take place.

It is Just the News that uncovered the details about the sworn affidavit from former Orange County Commission candidate Cynthia Harris, and the tidal wave it created.

She charged that there is a years-long ballot harvesting operation in Florida's black communities of "politically important central Florida."

Harris' affidavit, filed in August with the state Secretary of State, accused Democrats of having liberal leaning organizations dispatch ballot brokers into black communities "to pressure voters to turn over their ballots."

The brokers have been paid $10 for each ballot they collect, the charges allege.

But, the report explained, "the collection and delivery of ballots by third parties is illegal in Florida."

The report said the state's Office of Election Crimes and Security did a preliminary investigation and found evidence to warrant a full criminal review by state police, which can file charges.

Just the News reported the Florida State Department explained, "The Florida Department of State, Office of Election Crimes and Security (OECS) was made aware of this issue around September 1, 2022. After further inquiry, OECS received additional information related to the allegation on October 17, 2022, and performed a preliminary investigation. Since OECS is an investigative entity and does not [have] authority to make arrests, the office forwarded the complaint to the Florida Department of Law Enforcement for possible violation of section 104.0616, Florida Statutes."

Just the News explained the situation "adds an explosive new allegation" to fears that have developed across the nation of ballot trafficking, especially in battleground states.

The conservative watchdog organization True the Vote and filmmaker Dinesh D'Sousa, whose "2,000 Mules" documentary appeared this year, have substantially charged the elections often are won or lost through illegal manipulation of ballots, voting and more.

"Arizona prosecutors have achieved several convictions in that state for ballot harvesting, most recently securing the guilty plea of a former Democrat mayor in Yuma County. True the Vote filed a complaint in Georgia alleging thousands of ballots were harvested in the 2020 election, but those allegations have not yet been corroborated as authorities negotiate with the nonprofit group for its evidence. A Wisconsin investigation unmasked a sophisticated ballot harvesting effort targeting vulnerable nursing home patients in communities like Racine, Wis.," Just the News explained.

Harris, in an interview with Just the News, confirmed the existence of ballot harvesting in Florida's black communities, and "even recorded a ballot broker coming to her home in 2017 to collect her ballot, and obtained the script that harvester was given by her bosses to make the pitch for a voter to turn over their ballot."

She explained, in her affidavit, which individuals direct the operation in which ballot brokers get paid to collect ballots.

Her charges continued, "You know, it's just utterly ridiculous that people don't understand that once that ballot leaves your hand and it's not placed in the mailbox, or it's not directly given to the supervisor of elections, you don't know where it goes. It's possible that they throw them away. We've seen evidence of that. You see them steam open the ballots and then they mismark them so that if it's not for their candidate, then that ballot is spoiled. So when people think that the numbers are low, it's really not low, it's just that someone has intercepted before it gets to the proper authorities."

Just the News said the office of Orange County Supervisor of Elections Bill Cowles said he was not aware of issues regarding ballot harvesting.