Just weeks before the 2022 midterm elections, and amid the fallout from a long list of incidents of election misbehavior during the 2020 presidential balloting, Colorado officials have sent out some 30,000 reminders to people to register to vote.

Colorado Public Radio reported officials say they are "trying to determine what led to the error."

The report explained the postcards reminding people to register to vote were mailed recently to people who had non-citizen Colorado driver's licenses.

The state says it sends such reminders before elections. And officials claim that the state will reject registrations from those who aren't U.S. citizens.

The cards were mailed from the state secretary of state's office.

That office, through a spokesperson, said, "The Department has become aware that approximately 30,000 EBU [Eligible But Unregistered] postcard mailers were incorrectly sent to ineligible Coloradans. The office is undertaking an internal review of the incident and will take any corrective action that is warranted."

The official explanation is that the state compared a list of potential unregistered voters from a multi-state group Colorado belongs to with local DMV records, and there was nothing in the process to flag those who held non-citizen driver's licenses.

The message, from Secretary of State Jena Griswold, said, "Our records indicate that you or your household may be eligible to vote, but do not appear to be registered at your current address." 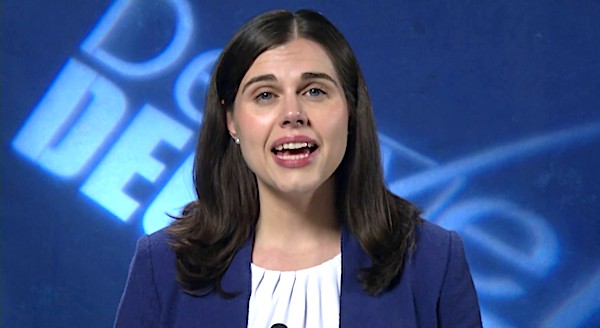 Now the state must pay to send another "notice" to ineligible individuals, the report said.

Colorado is one of the states that already has moved away from in-person voting and sends ballots to all voters, asking them to return them by mail, in a process that is suspected of being significantly less secure than in-person voting.

And now, nearly two years after the 2020 election, it's known that the FBI interfered in the presidential race by calling on social media companies to suppress Russian "disinformation" at a time when accurate reporting about the Biden family's international business dealings were being reported by the New York Post.

The FBI's request resulted in the widespread suppression of that very damaging information, obtained from a laptop computer that Hunter Biden abandoned at a repair shop.

Analysts have concluded those actions very likely changed the winner of that election from President Trump to Joe Biden.