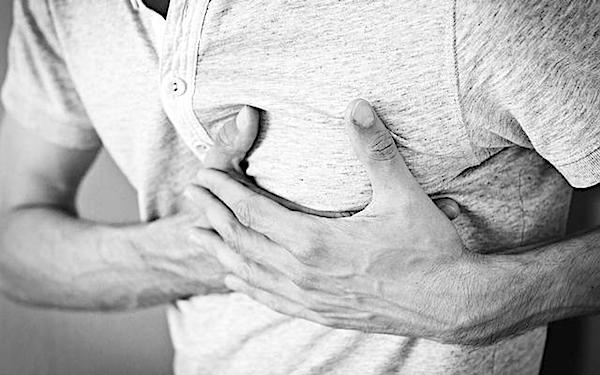 Breaking ranks with the CDC, Florida Surgeon General Dr. Joseph Ladapo is urging men aged 18 to 39 not to get a COVID-19 vaccine.

In a tweet censored by Twitter, Ladapo cited a Florida Department of Health analysis that found the mRNA jabs raise the risk of cardiac-related death by 84% in young males.

The CDC has acknowledged myocarditis, or inflammation of the heart, as a vaccine side effect but insists it's rare and that the benefits of the shots outweigh the risks. However, Denmark and Norway have recommended that people under 50 and under 65, respectively, not get a booster shot. And Sweden will no longer recommend them for ages 12 to 17.

Amid growing awareness of the ineffectiveness and the potential harms of the mRNA vaccine, the CDC has begun rolling out the new bivalent booster to target the omicron variants, which was tested on eight mice and no humans. Only about 5% of those eligible have received the shots.

In March, Ladapo announced the state had become the first to recommend against vaccinating healthy children for COVID-19. The announcement came at the end of an 85-minute roundtable of epidemiologists and other medical scientists hosted by DeSantis titled "The Curtain Close on COVID Theater." The governor posed questions regarding the effectiveness of the vaccines in reducing infection and transmission as well as the crucial issue of safety. Among the participants were Drs. Robert Malone, Harvey Risch of Yale, Jay Battacharya of Stanford, Sunetra Gupta of Oxford and Martin Kulldorf, formerly of Harvard.

The new Florida Department of Health analysis analysis was criticized by some scientists, but Ladapo countered Monday on Twitter with a point-by-point rebuttal.

The surgeon general said he welcomed the debate.

"Isn't it great when we discuss science transparently instead of trying to cancel one another?" he wrote on Twitter.

Here are the criticisms he addressed:

No. 1. "Diagnosis codes for cardiac-related deaths are imperfect."

Yes! But that is true for every subgroup we examined. Only in young men was the risk extremely high, and it was also increased in older men.

No. 2. "COVID test information was only available on death certificates."

We used all of our data resources-test results, vaccine records, death records-to exclude individuals who had documented COVID-19 infection, as we write in the Methods section.

3a. Elevated cardiac risk was also found in older men, and there were thousands of deaths in this group.

3b. The total cardiac deaths meeting inclusion criteria among young men was 77, not 20, as has been going around the web.

3c. Read the references about the method!

Self-controlled case series tell us whether events (death) are occurring unusually close to an exposure (mRNA Covid vaccine), or whether their timing is due to chance.

Even if the sample size was half of what it is, if events cluster after an exposure, that is valuable information about causation.

Finally, is it really that hard to imagine that mRNA COVID-19 vaccines that increase myocarditis in young men by 10x, 20x, or 30x (see Karlstad et al, JAMA Cardiology, 2022) also increase the risk of cardiac death in that age group? Of course it's not, and we all know that.

In his tweet Friday spotlighting the eight-page analysis, which has not been peer-reviewed, Ladapo said it was important that the citizens of the state know the risks.

"Studying the safety and efficacy of any medications, including vaccines, is an important component of public health," he said. "Far less attention has been paid to safety and the concerns of many individuals have been dismissed."

The study took into account the number people who had died of any cause except COVID over a five-month period and compared their risk of dying in the 28 days after getting their COVID shot to their risk over the six month follow-up period.

In the 28 days after getting a shot, the researchers found that people were more likely to die of a "cardiac-related" cause such as a heart attack. In particular, men aged 18 to 39 years had an 84% higher risk of death from myocarditis. Among women, the risk was 59% higher.

Dr. Paul Offit, a member of the CDC's vaccine advisory committee, has recommended focusing on giving boosters to the older generation, arguing healthy young people have at extremely low risk of severe illness from COVID-19.

"We should be careful about overselling the bivalent vaccine as something better than the existing vaccine until more data are available," he said.