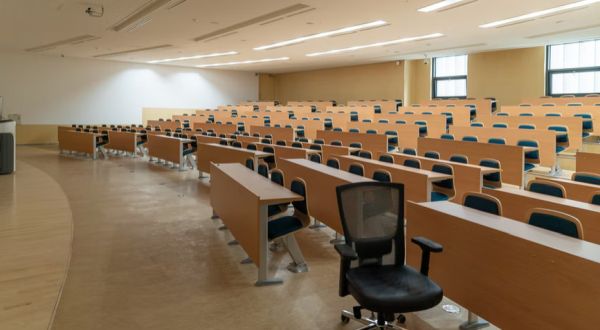 A Trump-era tax on university endowments has generated roughly one-third of what it was anticipated to make, leading some analysts and critics to argue that the policy will likely have little impact on how colleges set tuition, The Wall Street Journal reported Tuesday.

The policy was anticipated to earn roughly $200 million annually by implementing a 1.4% tax on investment returns for universities with more than $500,000 in endowment funds per student and 500 tuition-paying students, at least half of which must be based in the U.S., The Wall Street Journal reported. Instead, following a rules-setting process that included exemptions for revenue generated by dorms, athletic facilities and other sources of revenue on campus that qualified as “investment returns,” the tax generated just $68 million from 33 schools.

Congress estimated a tax on wealthy college endowments would generate about $200 million annually.

The five largest endowments in the country all surpass $25 billion, with Harvard’s $53.2 billion endowment far ahead Yale’s second-place $42.3 billion, according to U.S. News. Even if the entire tax revenue had been taken from Harvard, it would represent just 0.1% of the Harvard endowment’s total value.

The tax was intended as an excise tax, prompting universities to reevaluate how they spend and grow their endowments, according to the WSJ. Critics have said that the tax is too small to force significant change, while universities argue that the tax damages their ability to support scholarships and other programs that benefit students.

“Our endowment is not a hedge fund for private gain; our returns are invested in the future of our students,” a Claremont McKenna College spokeswoman told the WSJ.