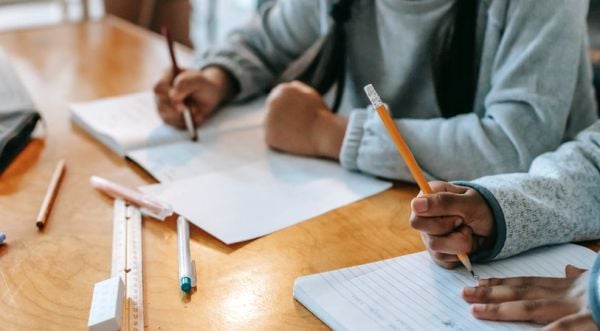 A teacher who in an undercover video described himself as an anarchist and expressed a desire to "burn down" the system now has released a list of "no comment" responses to questions about his agenda.

It is Project Veritas, whose undercover journalists routinely expose questionable behavior on the part of officials and others, who found Tyler Wrynn, an English teacher at Will Rogers Middle School in Oklahoma, who said, "I am an anarchist."

He also said, "So, I have a rather large TikTok following. I’m an authority figure. So, I [publish] a Christmas message of, 'Hey, if your parents don't love and support you for who you are this Christmas, f*** them. I’m your parent now. I love you. Drink some water. I’m proud of you.'"

And he said, "The only thing that's a problem here [in Oklahoma] is that House Bill 1775 or something. I can get my license revoked for it, for being too woke…"

And, "Trust me, I want to burn down the entire system."

And, "Eventually, you want to remove Christianity -- or religion [as a whole] -- from progressive thought, because religion is inherently hierarchical."

And a followup telephone interview in which Project Veritas founder James O'Keefe requests Wrynn's comments about his statements:

Project Veritas reported Wrynn told a journalist he fears losing his job as an educator because it could get in the way of his ideological plans for the country.

He cited House Bill 1775, which, according to Project Veritas, "states that its purpose is to 'be the policy of the Oklahoma State Board of Education to prohibit discrimination on the basis of race or sex in the form of bias, stereotyping, scapegoating, classification, or the categorical assignment of traits, morals, values, or characteristics based solely on race or sex. Public schools in this state shall be prohibited from engaging in race or sex-based discriminatory acts by utilizing these methods, which result in treating individuals differently on the basis of race or sex or the creation of a hostile environment."

The bill also requires, "Parents and legal guardians of students enrolled in Public Schools in this state shall have the right to inspect curriculum, instructional materials, classroom assignments, and lesson plans to ensure compliance with 70 O.S. §24-157(B). Consistent with 20 O.S. § 2001-2002, no public school shall interfere with or infringe upon the fundamental rights of parents to determine their child’s education."

Project Veritas reported Wrynn appeared to take issue with parents who get involved in the education of their own children.

This educator previously was exposed by LibsofTikTok, who reposted and called attention to a video where Wrynn insulted his students’ parents that refuse to conform to transgender ideology.