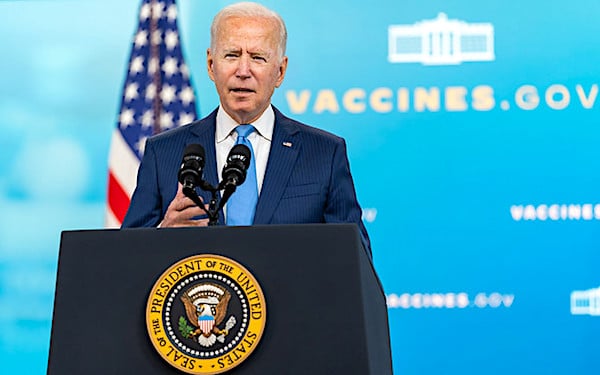 The FDA provided little detail at the time, July 2021, and promised to "share further updates and information with the public as they become available," points out investigative journalist Maryanne Demasi in an article published by the British Medical Journal.

Eighteen days later, the FDA issued a document outlining a planned epidemiological study to investigate the matter. The preliminary estimate of the increased risk of the cardiac adverse events from the vaccine ranged from 42% to 91%.

"More than a year later, however, the status and results of the follow-up study are unknown," wrote Demasi. "The agency has not published a press release, or notified doctors, or published the findings by preprint or the scientific literature or updated the vaccine's product label."

Similar safety signals were detected in a separate observational cohort study in the impact of the third dose of the vaccine as well as in analyses of the clinical trial trials.

The BMJ said it now has learned that the FDA's medical record review and statistical analyses have recently been completed. But release of the findings and the scientific data is not expected until "later this fall," the FDA told the journal. Without providing any data, the agency said the initial findings on the primary series vaccinations "do not provide strong support for an association between the vaccine and any of the four outcomes described in the posting to the FDA website."

In February, unnamed CDC officials admitted to the New York Times that the agency withheld critical pandemic data "because they might be misinterpreted as the vaccines being ineffective." In January, during a Senate hearing, CDC director Rochelle Walensky and White House coronavirus adviser Dr. Anthony Fauci dodged a Republican senator's inquiry about the estimated number of deaths caused by COVID-19 vaccines during a hearing on Capitol Hill. Walensky said she would follow up with an answer but has never fulfilled that promise.

Is the FDA hiding the fact that COVID shots are to blame for serious heart and cardiovascular conditions?
100% (658 Votes)
0% (3 Votes)

Meanwhile, Dr. Peter McCullough, a prominent cardiologist and critic of the government's response to the pandemic, believes the COVID mRNA vaccine is the cause of unexplained cardiac events in younger people what has become so prevalent it has a name: "sudden adult death syndrome."

He noted in a column for the Epoch Times that "early every day there is a report of a young, fit individual, usually a man, who suffers unexplained sudden death now termed 'sudden adult death syndrome.'

"Because COVID-19 vaccination is highly prevalent and linked to the development of heart inflammation and myocarditis, it is a conservative and reasonable conclusion that unless otherwise ruled out, sudden adult death syndrome is a consequence of myocarditis," he wrote.

McCullough pointed out there are more than 200 peer-reviewed manuscripts on vaccine-induced heart inflammation.

A study by well-known American and British scientists has found the experimental shots are nearly 100 times more likely to cause serious injury in young people than prevent hospitalization with COVID-19.

On Tuesday, Biden delivered a speech in which he urged all Americans to get the new booster targeting omicron variants as the U.S. Department of Health and Human Services prepared to launch its #VaxUpAmerica Family Vaccine Tour featuring pop-up vaccination events across the country.

Biden – who was infected with COVID-19 in July after receiving four shots and promising the vaccine would prevent infection – told Americans the new booster is "incredibly effective" and if you don't get it, "you're putting yourself and other people unnecessarily at risk."

However, it already has failed CDC Director Rochelle Walensky, who tested positive for COVID-19 a month after receiving it, according to a CDC statement Saturday.