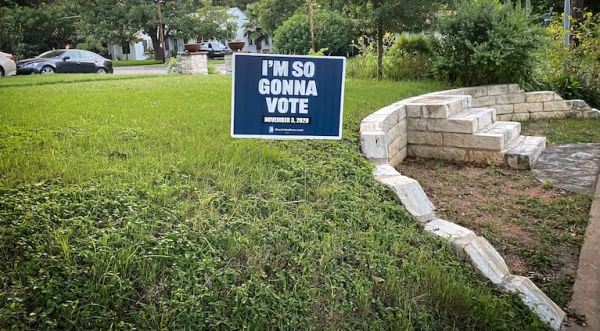 It seems that banning political speech, which of course is fully protected by the First Amendment, isn't a good idea in America.

The Wisconsin Institute for Law and Liberty caught town officials in New Chester, Wis., doing exactly that, and wrote a letter encouraging them to abandon their course of action.

They did, repealing the restriction almost immediately.

The details come from a report from WILL.

It was after the 2020 elections New Chester officials adopted a local ordinance that claimed to ban the distribution or posting of "political materials" on town land, defining that as "signs, handbills, flyers, and any other printed materials that supports or opposes a candidate for partisan office or it supports or opposes a ballot measure."

Town officials adopted a $1,000 fine for violating their speech code.

But local resident Steve Blake previously has been active politically, and wanted to hand out information again, so sought help from WILL.

The organization sent a demand letter to the town that "made clear it was an unconstitutional exercise of the town’s authority, and blatantly restricted Mr. Blake’s ability to engage in First Amendment protected expression. WILL demanded that the town immediately take steps to repeal the ordinance, and to confirm to Mr. Blake that it would not be enforced against him in the interim."

The town board agreed, suspending enforcement and then repealing its plan.

WILL Deputy Counsel Lucas Vebber noted, "The right to distribute political materials on public land in this country has been recognized since time immemorial. Our state and federal constitutions guarantee our rights to distribute these messages to others, and ensure that government entities cannot simply ban speech they disagree with. WILL always stands in defense of those rights."