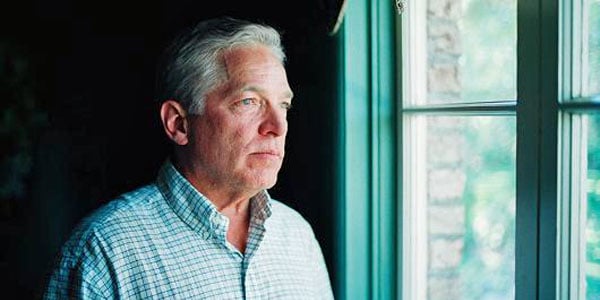 That's trillions of dollars that used to be in their retirement accounts and now – is gone.

It's all tied to the crashing American stock market under Biden's agenda.

Under Barack Obama it was up 83% in eight years. Donald Trump was en route to a better performance, up 67% in just four years.

Under Joe Biden, it's fallen.

Actually collapsed, according to a commentary from Stephen Moore and E.J. Antoni.

They reveal, in the New York Post, that the average American has lost $34,000 under Biden.

That's certainly a small amount for the Biden family business operations, with their millions and millions of dollars in income from various overseas sources, but for families on a salary with a mortgage and college bills, it's a lot.

The Post commentary said, "Have you taken a peek at the balance in your 401(k) retirement accounts lately? Here’s our advice: Don’t bother. It will ruin your whole day, week and month. Here’s why: We’ve now had seven straight months of 8%+ inflation. A year ago we were assured by the White House economic wizards that these rapid price increases in everything from groceries, to rental cars, to gasoline at the pump, to health insurance were merely 'transitory.' Whoops."

The report explained the most immediate shock for American families was that inflation has eaten away much of the buying power of a paycheck.

"We have calculated that over the past 20 months, this rise in consumer prices over wages means that the average family in America has lost nearly $6,000 in purchasing power. This from the Lunch Bucket Joe president who promised to help boost the incomes of the middle class. When, exactly?"

But that's not the only impact.

"Not surprisingly, since President Biden took office, monthly savings have collapsed, falling 83%. (We could never understand how Biden could say with a straight face that Americans are saving more. His 'transformation' of the U.S. economy has had just the opposite effect.) Many millions of Americans who are living paycheck to paycheck just don’t have the money after paying the inflated bills to save much."

Traditional pension plans' value also is down some $4 trillion from the beginning of the year.

The report warned, "A year ago, the White House insultingly tweeted out that inflation is merely 'a high-class problem.' Wrong. The victims of ever higher prices at the store and the gas pump are not the millionaires, but the little guys — and, in particular, older Americans — whose paychecks and savings accounts get walloped."