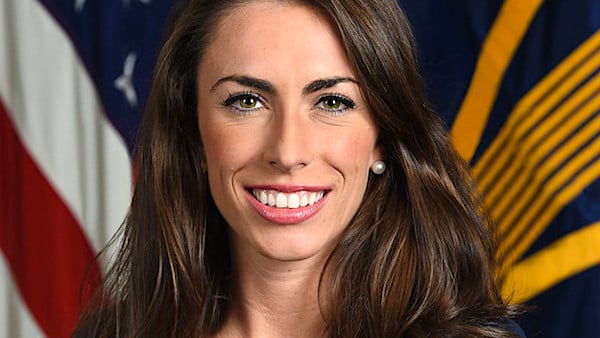 "Alyssa Farah totally misrepresented her true feelings about me and the Trump Administration in order to get her job at ratings disaster CNN, and a seat with the low IQ people at The View," Trump said on Truth Social.

"Look at what she said about me, and that doesn't include the beautiful letter she sent and other statements she made. They should fire her for misrepresentation or fraud. Release the letter, Alyssa!"

Trump included a string of high praise tweets from Farah Griffin in December 2020, as she said it was "an honor of a lifetime to serve in the Trump Administration" for three and a half years.

"I am deeply proud of the incredible things we were able to accomplish to make our country stronger, safer, and more secure," Farah Griffin wrote at the time.

"We delivered historic tax cuts, putting money back in the pockets of hard-working Americans," she added.

Since her departure from the White House, Farah Griffin has become a fierce critic of Trump and his supporters, especially concerning the mayhem at the U.S. Capitol on Jan. 6, 2001.

She was hired as a CNN contributor and this past summer was named as Meghan McCain's replacement on 'The View."

Farah Griffin is the daughter of Joseph Farah, the co-founder of WND who has been a strong supporter of Trump since his successful run for the presidency in 2016.