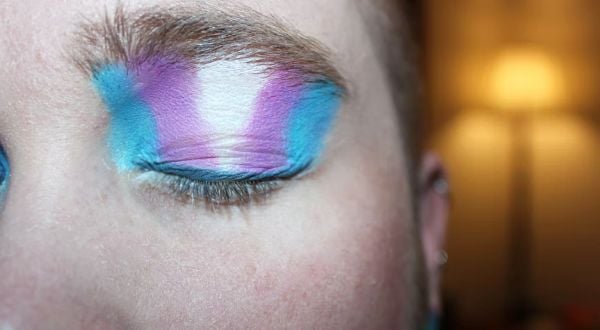 One of Joe Biden's main agendas as president has been to promote transgenderism, including administering chemicals to kids and doing body mutilations on young children.

It was during his first joint address to Congress he promised, "To all transgender Americans watching at home, especially the young people. You're so brave. I want you to know your president has your back."

In fact, he's worked to impose that ideology on all aspect of Americans lives.

But Americans don't want it.

A new poll from Convention of States Action, which worked with the Trafalgar Group on a survey of more than 1,000 likely 2022 election voters, reveals the truth.

That is that 78.7% of all voters "believe underage minors should be required to wait until they are adults to legally use puberty blockers and undergo permanent sex-change procedures."

Only 21.3% are aligning themselves with Biden's ideology.

"This polling confirms the obvious – the vast majority of Americans are not on board with the far-left’s sexual agenda, which is seeking to permanently mutilate the young and vulnerable," explained Mark Meckler, president of Convention of States.

"The idea that young people have to be 16 to drive, 18 to vote, and 21 to drink, and yet can undergo life-altering medical procedures in middle school defies common sense, and the American people see that clearly."

He added, "As the Biden administration refuses to do the right thing for our children and take action to protect them from the horrors of the far-left agenda, it’s imperative that individual states – like what we see happening in Tennessee right now – step up and stand against it."

That state has created some common sense procedures that have been opposed by those promoting transgenderism, including that male athletes cannot compete on teams for women's sports and it bans transgender "procedures" for minors.

The polling showed that 96.8% of Republicans were on board with the idea of making people wait until their adulthood before making irreversible decisions that likely would make them sterile for life.

The poll said, also, "84.6% of independent voters believe underage minors should be required to wait until they are adults to legally use puberty blockers and undergo permanent sex-change procedures.

Even 53.2% of Democrats believe underage minors should be required to wait until they are adults to legally use puberty blockers and undergo permanent sex-change procedures.