Arizona gubernatorial candidate Kari Lake said it best (roughly recalled), "If they aren't attacking you from all sides, you probably aren't really working in the interests of the American people."

Another rough quote: "'I may not agree with what you say, but I'll defend to the death your right to say it." That one's now supplanted by a new definition of freedom: "Hate speech is violence, and if you hurt my feelings, I can cancel you, destroy your business, your life, kill you and then go after your family. All in the name of Social Justice."

So, we look at what's happening to our world, and we few, who retain a vestige of sanity, see plainly an endless string of attacks on what remains of our personal freedoms and our national sovereignty. There are no more "conspiracy theories." There are only the clear-eyed efforts to analyze the tactics and strategies and identities of the conspirators, intent on resetting the world order into one more to their liking. With much fewer people.

With the exception of a few head fakes for the sake of the propagandists, there is utterly nothing that this uninvited administration has done that has not weakened us, fully intent on breaking us. We are beyond listing the offenses and are left only to wonder which of the intended beneficiaries hold greater sway. The transparently obvious false accusations of Trump's supposed collusion with the Russians pales to invisibility compared to the thoroughly documented crimes of the Biden family and their outright purchase by the Chinese. At the same time, the Eurocentric factions surrounding the World Economic Forum and the Soros consortium seem equally enthused by Biden's handlers' push to degrade the USA.

For a time, it seemed that a unifying conservative awaking was at hand. The Russia-Russia-Russia narrative was drowned in a laughing sea of truth, at last, and our focus had shifted to the enemies within. But disproven does not need to mean forgiven. Our once hopeful allies, the Russians, so thoroughly besmirched and denied any suspicion of goodwill, still carried the faux mark-of-the-beast tattooed upon it by the American left and its deep state partners.

And what does the leftist tail like better than to wag the dog with a handy war? Are our Republican friends ignorant as to the careful engineering of the Ukrainian event, or are they complicit?

One, Russia wanted Ukraine to be permanently off-limits to membership in NATO … as a promise made and then denied through decades of Russia's repeated, insistent assertions that keeping just such a promise was critical to their national security.

Two, the U.S., under the Obama-Biden rule, was complicit in the 2014 replacement of one president less hostile to Russia with another that was less hostile to paying off the approved parties, and willing to initiate a low-profile war against its own (mostly Russian) people in the provinces bordering Russia in eastern Ukraine.

Three, any willingness to negotiate on this one issue would have prevented this war. And further negotiations early on could have stopped the war, but agreements on the table were withdrawn by Zelensky at the behest of the then U.K. Prime Minister Boris Johnson, on orders from Biden and Company that the war should continue, to punish and finally to remove Vlad Putin.

Machiavelli wrote advice for rulers who wished to keep their heads on and to govern effectively.

Most historical and current analysis would seem to point out two figures that have studied his work carefully. For the sake of comparison, let's stick with popular perceptions.

Two movies, featuring Kate Blanchett as England's first Queen Elizabeth, both show agents of the crown torturing, murdering and making war against any and all opponents. Her reign brought the United Kingdom its greatest expansion of colonial empire, such that the sun never set upon it. We watched and, for the most part, applauded. Who couldn't love Kate Blanchett in her best role ever?

In the present production of anti-Russian agit-prop, playing everywhere, every night, we have Vlad Putin, aka Hitlerian Fiend, Destroyer of Democracy. His agents are everywhere clawing at our very foundations. OK, well, that would actually be the Chinese (if we weren't paralyzed with the fear of being called names: racist, xenophobe, whitey, etc.). More reliably (maybe) are reports of bad things happening to Putin's opponents. No doubt, a few here and there, might have wished they'd been better friends. The World News Oligarchs happily report any such suspicions, whether fact or anonymous fantasy, while ignoring China's daily and massive human rights transgressions.

Let's bottom line this. U.S. allies need not be nice, but their allegiance needs to be in line with American interests. Russia should be our friend and most appropriate fellow warrior, against Islamism and Communism. Promises to keep NATO from her doorstep should have been honored.

The Russians' placement in our media's Halls of Infamy is quite a step down from the exalted status once offered by Secretary of State Hillary Clinton's infamously mistranslated "Reset" button gesture to Russian Foreign Minister Lavrov. The Clintons wanted to be Putin's BFFs … until they didn't. This sea change in international attitude was the product of Ms. Clinton's desire for the presidency. One button pushed, then, proved her a fool. That happy button was pushed again, more recently, to "off," for nothing more than the satisfaction of one world-class narcissistic impulse. As with the periodic shifting of alliances in Orwell's "1984," and the necessary rewriting of history, Eastasia had always been the friend of Oceania. And the perpetual Enemy of the State, Goldstein (the focus of the daily "Two Minute Hate"), had always attacked from Eurasia. Once useful friends became more useful enemies, in the smear campaign against Trump (aka Hitlerian Fiend and Destroyer of Democracy).

The greatest pleasure of the propagandist is the propagation of the utterly implausible, the conman's exultation, while passing as an essential benefactor. Every lie perpetuated on a passive populace, the more outlandish the better, offers up ever greater possibilities for profit and control.

The current administration quashed an agreed-upon cease-fire, less than two months into the current war, between a world-class money-laundering dictatorship and a former friend. A long-awaited disbelief in the daily governmental blathering has shifted, for too much of the populace, from total skepticism to near complete gullibility. What wonders a little war can do.

Why they are doing what they're doing is a separate question. First ask, why are we, who have seen through all their other lies, buying up the new Russia narrative, hook, line and sinker? 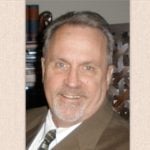