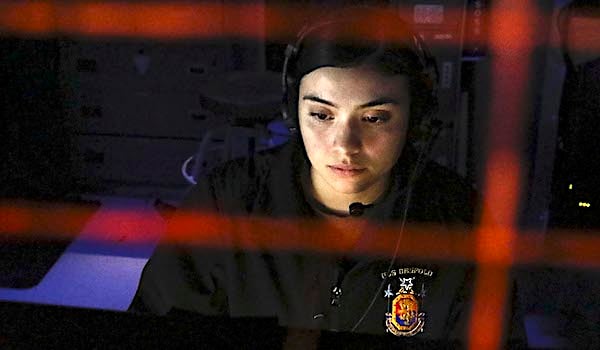 Typically, when nations arm themselves to invade another there are masses of weaponry like tanks, ships and airplanes lined up, soldiers are recruited and more.

But that may not be the way America first gets an indication that Communist China has launched its long-awaited scheme to take over Taiwan.

That's according to China expert Gordan Chang, who wrote a warning about the potential conflict at the Gatestone Institute, where he is a distinguished senior fellow.

He pointed out the prediction from John Culver, a retired CIA officer now an Atlantic Council scholar, who said. "Any invasion of Taiwan will not be secret for months prior to Beijing's initiation of hostilities. It would be a national, all-of-regime undertaking for a war potentially lasting years."

He suggested intelligence agencies would see China surging its missile production and more. It would sell foreign assets, and ration goods like oil and gas.

However, Chang pointed out that Culver was describing how America would prepare.

"Yet Chinese doctrine is different, something evident from Unrestricted Warfare, the 1999 book by Qiao Liang and Wang Xiangsui, then two Chinese air force colonels," he explained.

Chang explained a first attack on Taiwan could include, "Six months before an invasion China, violating the Biological Weapons Convention, could release a deadly pathogen."

He cited China's work on "specific ethnic genetic attacks" that would target specific groups or even individuals.

"In a future war, we can expect China to use refined and targeted strains of coronavirus or other pathogens to target certain ethnic groups, certain countries, or certain age cohorts," Richard Fisher of the Virginia-based International Assessment and Strategy Center said. As Fisher noted, the COVID-19 pandemic was a proof of the concept that biological weapons work.

He noted China already has weaponized the bat virus.

"Although scientists do not agree that the virus was engineered, it is clear the Communist Party lied about contagiousness — it told the world that the disease was not human-to-human transmissible when it knew it was highly so — and pressured other countries to take arrivals from China without restriction while locking down Chinese territory. Taken together, these two acts show that the Communist Party wanted COVID-19 to infect those beyond China's borders. At last count, more than 6.5 million people outside China have been killed by a pathogen that should have been confined to that country," he charged.

And, he noted, "A regime monstrous enough to kill millions around the world is surely monstrous enough to release, as the first act in a conflict, a disease on the 23.9 million people of Taiwan. It could take the Pentagon months to realize that China had started a war to annex the island republic."

He said the dispute is over the fact that the Communist Party considers Taiwan a direct challenge to its authority.

"I suspect Chinese ruler Xi Jinping would not be overly upset if Taiwan were a smoking radioactive slab as long as it were part of the People's Republic of China," he wrote.