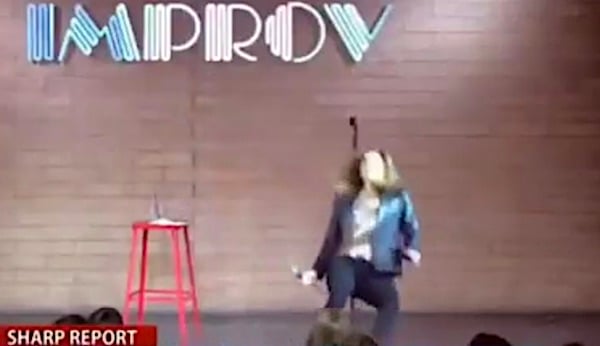 A comedian mysteriously drops to the floor. (Video screenshot)

A new video assembled by One America News Network has revealed a terrifying new health threat in the post-COVID world: People who simply drop dead.

The video is accompanied by a report from Pearson Sharp, who explains that doctors are reporting foreign compounds being found in the shots given to COVID vaccination victims.

Sharp reports videos are revealing people simply collapsing, often after turning around as if they see a threat, and then they are fighting to keep that unseen threat away.

They finish on the ground, exhibiting convulsions.

The report said the evidence is appearing on CCTV video around the world, and while the cause has yet to be linked medically, it follows the coercive tactics of governments around the world to inject – so far – about 70% of the world's population, or more than five billion.