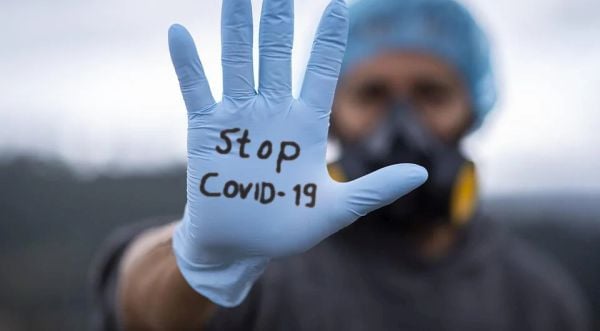 A longtime government watchdog, Judicial Watch, has revealed a concerted and extensive "propaganda campaign" by the U.S. government that pushed the COVID-19 shots on Americans.

The organization said in a report this week that is has gotten 249 pages of records from the federal Department of Health and Human Services, and they outline "the extensive media plans for a propaganda campaign to push the COVID-19 vaccine."

The records were obtained through a Freedom of Information Act fight that Judicial Watch took to court.

The group said it wanted, regarding Joe Biden's "COVID-19 Community Corps, "all records regarding the application process; all organizations asking to be chosen to participate; all grants; and all communications of representatives of the Department of Health and Human Services regarding the program."

It found, outlined in the documents, a "vaccine engagement package to all entertainment talent and management agencies," as well as a similar program for "all media companies and show producers."

Then there was an "outreach to major culture event producers" and a proposed "We Can Do This" brand name, and more.

The plans included "work with YouTube on an original special about vaccinations targeted to young people," an effort to put a "series" about vaccinations on Instagram, and requests to TikTok and other influencers to release videos of prominent people "being vaccinated."

It further wanted to feature "evangelical leaders" on screen promoting vaccinations, and to have "feature hosts" of television programs being vaccinated on air.

The plan also called for "reunion moments" that would show someone talking about being reunited with "grandma" after being vaccinated and it envisioned a meeting of the publishers of Catholic newspapers from across the country.

Targeted groups that were to be pressured to cooperate included the NFL, NASCAR, MLB and more.

And there were to be "vaccination events" at Disney parks.

"These records show a disturbing and massive campaign by the Biden administration to propagandize and politicize the controversial COVID vaccine," said Judicial Watch President Tom Fitton. "It seems as if the entire entertainment industry was an agent for the government!"

Biden's Propaganda Vaccine Plan: "Place a trusted messenger on the @joerogan Show and @BarstoolSports to promote vaccination (work with outside expert to identify who will be most effective)."https://t.co/4R0tJRIFje

The Gateway Pundit noted Judicial Watch also had found out that NIH records reveal an FBI "inquiry" into the NIH’s controversial bat coronavirus grant tied to the Wuhan Institute of Virology.

"The records also show National Institute of Allergy and Infectious Diseases (NIAID) officials were concerned about 'gain-of-function' research in China’s Wuhan Institute of Virology in 2016. The Fauci agency was also concerned about EcoHealth Alliance’s lack of compliance with reporting rules and use of gain-of-function research in the NIH-funded research involving bat coronaviruses in Wuhan, China," the report said.