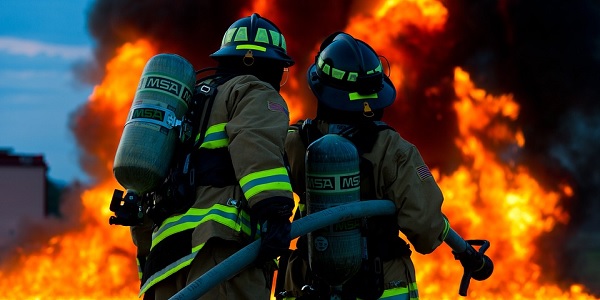 (WPXI) – According to a news release from the Office of the State Fire Marshal, a fire broke out at a residential building in Salisbury at 6:01 p.m. EST. The two-story, wood-frame apartment building had eight units, according to the release.

Upon discovering the fire, the 11-year-old boy exited the building, WBOC-TV reported. However, when the boy realized his younger sister was still inside the building, he reentered the apartment and rescued his sister from the second floor, according to the television station.

The boy was slightly burned in the arm when bringing his sister out of the apartment, but his injuries were minor, according to WBOC. “His injuries were so minor they did not require on-scene medical attention,” the State Fire Marshal said in its news release.