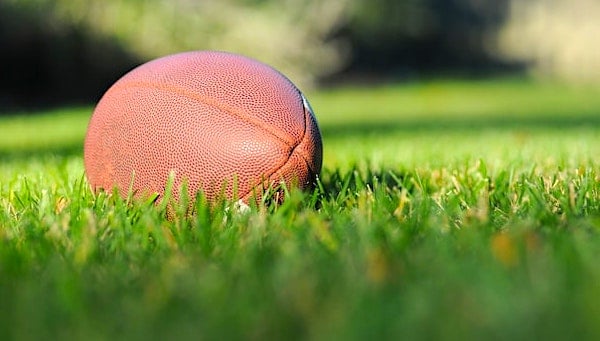 (Photo by Ben Hershey on Unsplash)

A former NFL defensive tackle and a champion motorcycle racer are the latest examples of apparently healthy people dying suddenly amid evidence the COVID-19 mRNA shots are causing serious heart damage at a rate exponentially higher than for previous vaccines.

There was no report that 35-year-old Keith Farmer, a four-time British champion, and 45-year-old Adrian Dingle, who spent five seasons with the San Diego Chargers, took the COVID vaccine.

However, citing the available scientific evidence, prominent cardiologists – including Dr. Peter McCullough and Dr. Aseem Malhotra – believe the best explanation for the "sudden and unexpected" deaths and cardiac events in otherwise healthy people is the COVID-19 vaccines.

Dingle apparently showed no signs of ill health when he recently was with former Charger Marcellus Wiley, a former ESPN host.

Mississippi State football player Sam Westmoreland recently was found dead just days before his 19th birthday. His cause of death was under investigation.

McCullough, in a video interview with WND in which he talked about the threat to his medical credentials for allegedly purveying "misinformation," pointed out that in the past, long before the COVID vaccines, athletes who died sudden typically were diagnosed with hypertrophic cardiomyopathy, an abnormal thickening of the heart, or premature heart blockage.

Now, athletes are thoroughly screened to rule out those conditions.

McCullough noted that peer-reviewed literature shows the vaccines cause myocarditis. He cited a U.K. study that found about 100 fatal cases of myocarditis linked to the vaccine. And he referenced a case report published in August in the journal Archives of Pathology that found a connection between a second dose of the Pfizer vaccine and myocarditis in two adolescents. A case report by South Korean researchers presented the autopsy findings of a 22-year-old man who developed chest pain five days after the first dose of the Pfizer vaccine and died seven hours later.

He referenced the case of the 17-year-old daughter of Rep. Sean Casten, D-Ill., who died in her sleep in June. The congressman had indicated in a Twitter post before her death that she had been fully vaccinated. But the family said in a statement, "We don't know what caused the arrhythmia, and likely never will."

Malhotra, who was one of the first to take the COVID-19 vaccine and promote it on British television, has published a study tying "sudden deaths" to the COVID-19 vaccines. He said in a video posted on Twitter that the COVID mRNA vaccine likely is a "primary cause in all unexpected cardiac arrests, heart attacks, strokes, cardiac arrhythmias and heart failure since 2021, until proven otherwise."

He called for a suspension of the shots, arguing the evidence the risk of harm is greater than any benefit.

See McCullough's remarks to WND on "sudden deaths" and the COVID vaccines:

McCullough's remarks were part of an hourlong conversation with WND in which he also weighed in on:

McCullough, along with Yale University Medical School emeritus professor Dr. Harvey Risch and others, recently launched The Wellness Company, a membership-based, holistic, prevention-oriented approach to health care through telemedicine and, eventually, through in-person consultation as well.